ATF is offering a $15,000 reward for information aiding an investigation of a Montgomery County gun store burglary

Multiple firearms were stolen from Founding Fathers Outfitters by five robbers before sunrise on Saturday, Sept. 24 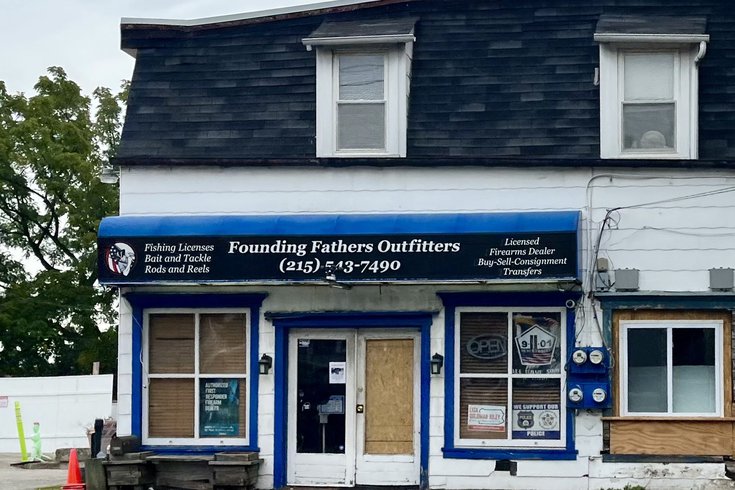 Before sunrise Sept. 24, five individuals stole an unspecified number of guns from Founding Fathers Outfitters in Springfield Township, Montgomery County. Located at 9280 Ridge Pike, it is a stone's throw away from Philadelphia, just outside the Northwest Philly neighborhood Andorra in Roxborough.

The Philadelphia Field Division of the ATF is looking for tips to help its investigation of the early-morning burglary of the Lafayette Hill gun shop last Saturday.

In partnership with the National Shooting Sports Foundation, the ATF is offering a reward of up to $15,000 for information that leads to the arrest and conviction of the suspects at large; the ATF is offering $10,000, and the NSSF is adding another $5,000.

A press release from the ATF posted on the gun shop's Instagram account said the extra award money is part of ATF's initiative to offer more money in cases involving firearms theft from federally licensed retailers.

"ATF works closely with members of the firearms industry to curb the criminal acquisition and misuse of firearms," said Special Agent Matthew Varisco in the release. "ATF's Crime Gun Intelligence, combined with our community and law enforcement partnerships, will leverage investigative resources to recover the stolen firearms."

Photos from surveillance video released by ATF show five people in dark hooded jackets and face coverings exiting a blue Kia Forte. At least three of them are carrying bags.

The owner of the gun store told Fox29 they felt terrible and that not only do they not want to be the victims of crime, but they also don't want any firearms they sell to be used to commit other crimes. 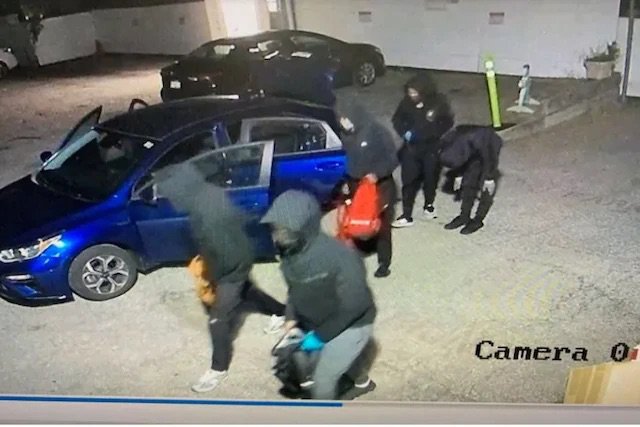 After the burglary, the store announced that it would remain closed until renovations to add upgraded security measures were completed.

Founding Fathers said that anyone worried about retaliation for reaching out to the authorities with tips on catching the suspects could be assured that any tips would remain anonymous.

Anyone with information regarding the robbery should contact the ATF at 1-888-ATF-TIPS or the Montgomery County District Attorney's office at 610-278-3368.