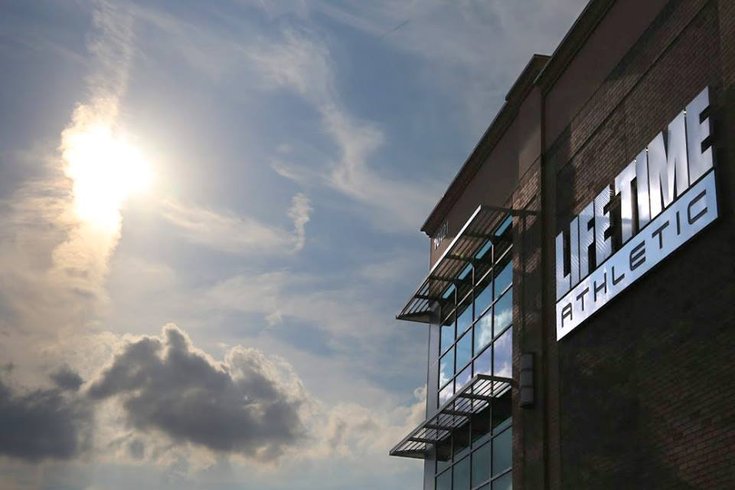 Every January the gym is crammed with the familiar sight of newcomers intent on keeping their New Year’s resolutions. Also familiar, flat-screen TV’s throughout the club, tuned in to the cable news networks and broadcasting the latest national coverage for visitors working out.

The latter has just been eliminated, however, at Life Time Fitness, a gym chain headquartered in Minnesota but locally with a King of Prussia location and another slated for Ardmore's Suburban Square.

The decision to block national news outlets like CNN, Fox News, and MSNBC on big TVs – not the smaller ones attached to exercise equipment – was announced on social media last week. The gym says the change was consistent with its “healthy way of life philosophy.”

Our perspective on the recent tv programming change in our clubs. pic.twitter.com/r81EQFjZdE

According to the post, the change came following a “significant” number complaints from gym patrons collected over time. By blocking those networks, the gym hopes to better “provide family-oriented environments free of consistently negative or politically charged content.”

The decision gave way to mixed reactions online, some followers welcoming the escape from news and others calling it an act of censorship.

This is awesome! Gym time is time to get into a healthy state physically and mentally. While we should all stay informed, a constant barrage of negativity isn't healthy. Great decision!

I like it. Noticed it right away. Too much negativity to look at while working out. My treadmill work out is less stressful now. Thanks!

I find it hard to believe that many people complained. Wonder what their political affiliation is? Can I get a reduction in my dues now that I have less tv choices??

@lifetimefitness offensive? What a bunch of BS! Many professionals like me start out the day doing cardio/watching cable news. Don't need LTF deciding what I can/cannot watch. Never seen any complaints in 10+ years. Staying informed is actually HEALTHY! LA Fitness here I come.

The specific number of Life Time patrons who complained about the news broadcasts on gym TVs has not been released, but Life Time spokesperson Natalie Bushaw told the New York Times, “Suffice it to say, this has been a growing issue over years, not weeks or months. Ultimately, we believe this change is consistent with the desires of the overall membership.”

Life Time’s choice to block the station also raises questions about the psychological effect a 24-hour news cycle can have on people. In 2015, the Huffington Post spoke with one psychologist who said violent media exposure can contribute to stress, anxiety, depression, or even post-traumatic stress disorder.

“Viewing negative news means that you’re likely to see your own personal worries as more threatening and severe, and when you do start worrying about them, you’re more likely to find your worry difficult to control and more distressing that it would normally be.”

Another study out of Harvard Business Review in 2015 noted that people who watched even just three minutes of negative news in the morning were more likely to report their day as unhappy.