With her focus on children and teens, Dr. Rachael Polis is part of a small – but growing – medical subspecialty 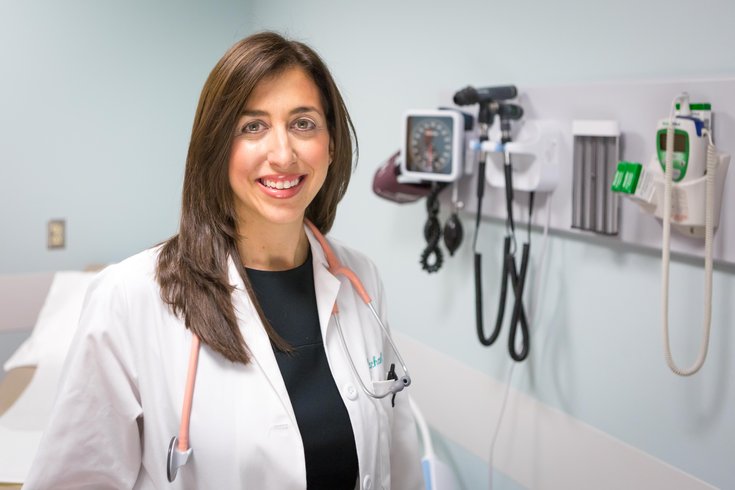 "Oftentimes, diseases present differently in kids than in adults," says Dr. Rachael L. Polis, a pediatric and adolescent gynecologist for the Crozer-Keystone Health System. "Having that additional training and expertise helps us to be really sensitive to their needs."

Dr. Rachael Polis had never heard of pediatric and adolescent gynecology until she was a student at the Philadelphia College of Osteopathic Medicine.

But she was intrigued by the relatively uncommon subspecialty, which bridges the gap between pediatrics and adult medicine. And she was convinced she could make a big impact by working with adolescents.

"They're vulnerable," said Polis, a pediatric and adolescent gynecologist for Crozer-Keystone Health Systems. "They're going through this transition in their life."

Polis will begin writing occasional articles for PhillyVoice later this month, elaborating on the health issues she sees every day. She was named one of the state's "Top Physicians Under 40" by the Pennsylvania Medical Society in 2018.

As a pediatric and adolescent gynecologist, Polis is part of a small – but growing – subspecialty.

According to the North American Society for Pediatric and Adolescent Gynecology, only 13 health institutions across the country offer the training, which covers girls from birth to age 25. But she said there were fewer fellowships available when she began her fellowship three years ago at Norton Children's Hospital in Louisville, Kentucky.

"Oftentimes, diseases present differently in kids than in adults," Polis said. "Having that additional training and expertise helps us to be really sensitive to their needs."

'SEEING THEM EVERY YEAR IS IMPORTANT'

Polis encounters a variety of health issues in her young patients.

Among pediatric patients, they include congenital abnormalities, like girls who are born with two uteruses. She treats skin conditions present in the vulva region, early onset puberty and labia adhesion. Sometimes patients have so-called "saddle injuries" incurred by trauma – like falling from a trampoline.

"My goal is to assist these young girls so they don't get pregnant. When moms will bring their daughters into the office, they'll say, 'I wish I would have known about this when I was younger.'" – Dr. Rachael Polis, Crozer-Keystone Health

"And needs will change each year as they get older," Polis said. "Seeing them every year is important to address new concerns. If I see them for a problem, we'll establish care and they'll come in yearly for care."

In her role as a pediatric and adolescent gynecologist, Polis does not deliver babies for pregnant teens – a common misconception.

"My goal is to assist these young girls so they don't get pregnant," she said. "When moms will bring their daughters into the office, they'll say, 'I wish I would have known about this when I was younger.'"

Many of her patients began seeing Polis as girls needing treatment for abnormalities. But Polis said her subspecialty is particularly beneficial to adolescents who see her for their initial reproductive health visit.

"I think it's helpful to see someone with additional training," Polis said. "I think that should be the initial visit. It also helps patients to feel comfortable to build a relationship with a provider."

Additionally, Polis is working on a new two-year initiative to reduce adolescent relationship abuse, thanks to a $15,000 grant from the Pennsylvania Coalition Against Domestic Violence. It will promote healthy relationships and address adolescent health and safety.

One in five adolescents have reported experiencing physical or sexual violence, Polis said. Another 25 percent of teens in a relationship have reported name-calling, harassment or put-downs from a partner via phone or text. Such abuse is linked to various negative health outcomes – poor mental health, substance abuse and risky behavior.

"It's a lot larger and happening more frequently than people realize," she said.

Polis is partnering with the Domestic Abuse Project of Delaware County and the William Penn School District to create school presentations on adolescent relationship abuse and to launch training programs for Crozer-Keystone resident OB/GYNs.

As part of the initiative, Polis will screen patients for abuse by using a questionnaire that asks about their relationships. Do they feel respected? Can they wear whatever clothing they desire? Are they being given space to hang out with their friends? Are they being shamed?

If Polis suspects a patient is experiencing relationship abuse – physically, sexually and emotionally – she refers them to the Domestic Abuse Project for necessary services.

Encouraging girls to have their own voice at an early age helps them feel empowered, Polis said. She encourages them to join school activities, take on leadership roles and pursue their strengths.

"I think when people feel that they're thriving and excelling at something – that also helps to build their confidence," Polis said. "It's all about encouraging that growth early on."