Handing out 10 awards from the Eagles-Chargers game 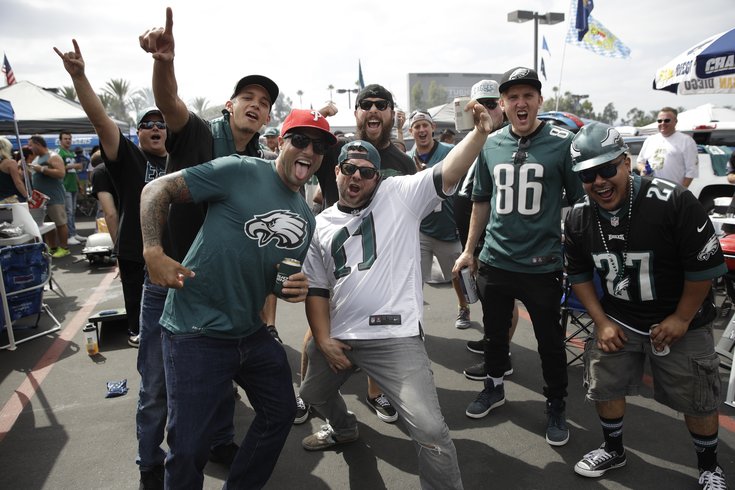 The Philadelphia Eagles are now 3-1, after heading into Philadelphia West Los Angeles and pulling away with a 26-24 win over the Chargers. As always, win or lose, we hand out 10 awards.

1) The 'Choke Them Out' Award: The Eagles' offensive line

With 6:44 left to play, the Eagles were clinging to a two-point lead. It appeared as though the Chargers' offense had found a groove against the Birds' D, as they were moving the ball at will, so anything short of either a touchdown drive or a drive that ate up the remaining seven-ish minutes was tempting fate.

The entire stadium knew the Eagles were going to run the ball, and run the ball they did, right down the Chargers' throats. The Eagles' offense was able to successfully run off the rest of the clock on a very impressive 13-play drive that included 8 runs, 3 passes, and a pair of victory formation kneeldowns.

"When they know you gonna run it, and they can't stop it, it's very exciting," said Jason Peters.

For the second straight week, the Eagles' rushing attack went off. Last week against the Giants, Eagles running backs ran 33 times for 171 yards and 2 scores. Against the Chargers, they ran 36 times for 200 yards:

The stats alone don't tell the story. Blount had a few outstanding tackle-breaking runs, Clement picked up a couple very key first downs on third down, and Smallwood had a clutch TD run from 3 yards out to get the Eagles to 26 points, in addition to contributions in the passing game. 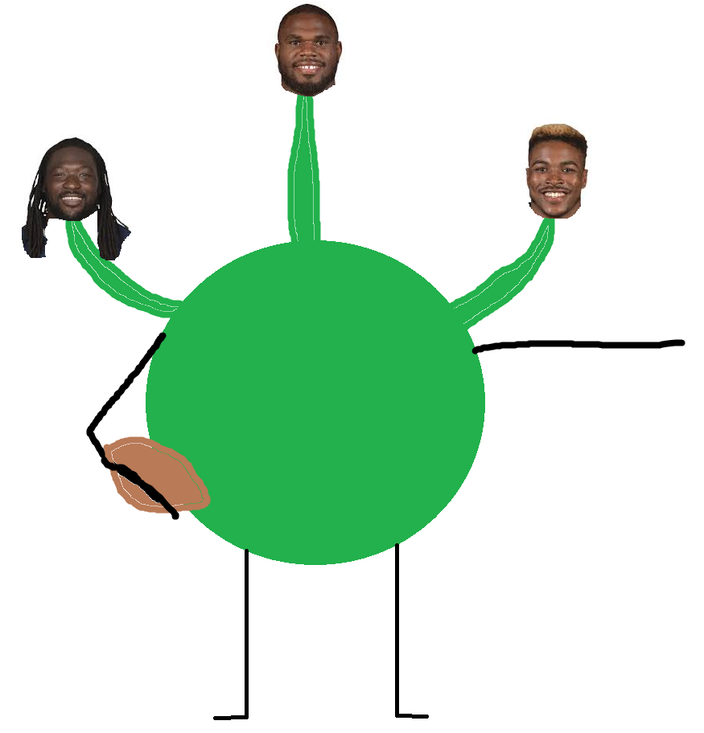 The Eagles' have a new three-headed monster in Blount, Smallwood, and Clement.

3) The Out of Gas Award: The Eagles' defense

They've given up 40 points in the first, second, and third quarters combined all season. If football were only three quarters, the Eagles' defense would be awesome. They also probably wouldn't call them quarters.

A week after hitting a 61-yard field goal that Eagles fans will remember forever, Elliott hit 40-, 45-, 47-, and 53-yard chip shots against the Chargers.

Oh, and the Eagles needed all of Elliott's makes, since they only won by two. (Yes, I'm aware that if he missed one of the kicks, the game might be completely different and the Eagles might win anyway, but shut up.)

5) The 'Home Away From Home' Award: Eagles fans

Los Angeles is a weird sports city, in that a huge chunk of the population is people migrating from all parts of the rest of the country. There are fewer home-grown residents in L.A. than there are in other sports cities. And so, you'll often see a lot of opposing fans in Los Angeles stadiums and arenas, like you often will with sports franchises in Florida.

But holy hell, I've never seen a takeover of an opposing stadium in person like I did with Eagles fans at the Stubhub Center. I mean...

I guess there's a reason they call it the StubHub Center. pic.twitter.com/1JbwS6Ps8y

The long trip to L.A. aside, the Eagles definitively had the home field advantage. Carson Wentz was telling the crowd to quiet down, and THEY WERE LISTENING. There were very loud "BULL SH**" chants when calls were in favor of the Chargers. From my sideline view of the game, normally when a field goal attempt is in the air, you can tell if it's going to miss in an away stadium if all the fans put their hands up to cheer, and it was the reverse.

I've really never seen anything like it at a professional football game.

"It's almost like the Chargers got 16 away games," Peters said. "It's gonna be tough sledding for them."

Maybe, but I can't possibly imagine that all of those home games are like the one we just witnessed.

In their absence, Jake Elliott has become a local legend, Beau Allen has made plays at DT, the aforementioned three-headed monster at RB has stepped up, and, well, the secondary play hasn't been awesome, but they've played well enough to win.

At some point, the Eagles are going to get those players back (except Sproles), and they're going to be an even better football team when they do.

So far, so good. On the season, Wentz has attempted 147 passes. He has been picked off twice. That would be an interception percentage of 1.36 percent.

Prior to this matchup, Frank Reich said that Joey Bosa and Melvin Ingram might be the best edge-rushing tandem the Eagles face this season.

Jason Peters and Lane Johnson held them to no sacks.

9) The X-Play Award: The Eagles' secondary

The Eagles gave up a slew of big plays to the Chargers, as Keenan Allen and Tyrell Williams combined for 10 catches for 253 yards. Yes, the Eagles are playing hurt on the back end, but they have to clean that up.

10) The "Schadenfreude" Award: The Cowboys and Giants

Oh hey, and by the way, the Cowboys and Giants lost this week, which means that the Eagles currently hold sole possession of first place in the NFC East.

I have my doubts about the Giants' chances of making the playoffs. I dug deep and found this crazy fact from Stats, Inc.:

The Giants have four losses so far this season. They don't have any wins. #Analysis.