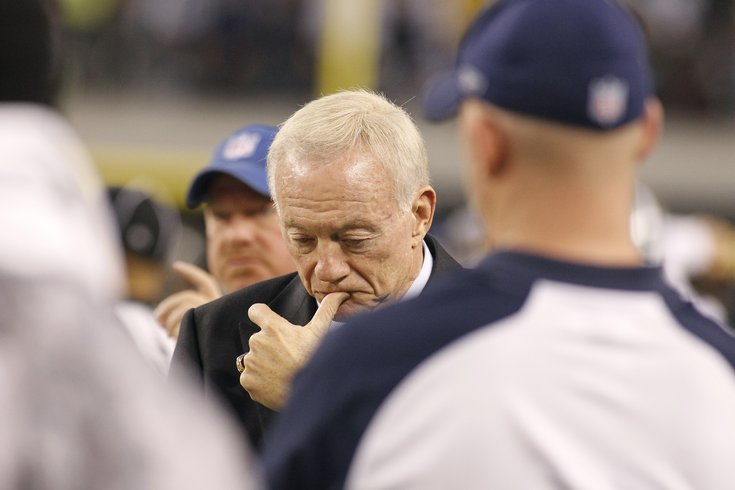 There's a rumor that Jerry Jones did not make his billions in the oil business. Rather, his tears taste so delicious that he sold them to kings and emperors across the globe, which ultimately funded his purchase of the Dallas Cowboys.

ARLINGTON, Texas -- The Philadelphia Eagles improved to 4-4 on the season after handling their business in Dallas Sunday night. In the process, they sent the Cowboys to 2-6, which is a hole that will be nearly impossible for the dumpster fire Cowboys to climb out of. As always, win or lose, 10 awards!

1) The See Ya Award: The Cowboys

Here's a chart from fivethirtyeight.com, showing the percentage chance to make the playoffs for each possible record (not including ties) from 1990 to 2003: Of course, as we noted last week, the NFC East is trash. So if there ever was a team who could recover from a 2-6 record to make the playoffs, it would be the Cowboys in the awful NFC East, especially with a return of Tony Romo somewhere on the horizon.

But screw that. Let's just dance on their grave.

After being Droppy McGee over the first seven games of the season, Jordan Matthews woke up when it meant the most. On the night, Matthews had nine catches for 133 yards and the game-winning TD in overtime.

And of course, with any huge Eagles moment, we have to hear Merrill's call:

3) The Defensive Rookie of the Year: Jordan Hicks

Jordan Hicks' numbers on the season: 50 tackles, one forced fumble, three fumble recoveries, two interceptions, one pick-six, one sack, and three pass breakups. Oh, and he knocked out Romo for half the season.

Hicks left the game early with a pectoral injury. In the locker room after the game he said he felt OK (which means nothing, frankly). He'll have an MRI this week.

Tyron Smith is one of the best left tackles in the NFL, and Brandon Graham beat him twice, badly, for sack-fumbles on Matt Cassel. Graham had seven total tackles, including two tackles for loss. Huge game.

5) The Not Tonight Award: The officials

There were several flat-out awful calls on the Cowboys' final drive in regulation, with the most egregious one being a totally phantom defensive pass interference call on Byron Maxwell. The officials singlehandedly sent this game to overtime, but ultimately, it didn't matter.

6) The Icewater in the Veins Award: Caleb Sturgis

Ah, the life of an NFL kicker. One week, the entire fan base wants you to be cut and sent to Antarctica. The next week you're a hero. On this night, the Sturge was a hero, when he hit a clutch 53-yard field goal.

8) The 'Hey Look, Dallas' D Isn't That Good After All' Award: The Eagles run game

In the first matchup against Dallas, the Eagles ran the ball 17 times for seven yards. In the second matchup, they ran for 172 yards and two touchdowns on 36 carries.

There was talk leading up to this game about the Cowboys being crybabies. I really have no idea if Dez Bryant cried at any point during this game about a call, or after the game because the Cowboys lost. Who cares? I'm giving Bryant a Lifetime Achievement Award in Crybabying:

My Cowboys WILL beat the Eagles. Then we'll see who the crybabies are.

All week, all we heard was "Greg Hardy is a terrible person, but boy howdy, what a player!" The first part of that statement is certainly true. However, while Hardy is certainly a good player, it's not like he's freaking Reggie White (on the field). Or at least he wasn't Sunday night. Hardy had three tackles and one sack. He also had a personal foul penalty (apparently Greg Hardy can be penalized, but only when he illegally hits men), a neutral zone infraction, and the Eagles ran right at him effectively. Lane Johnson's assessment of Hardy was essentially, "Meh." 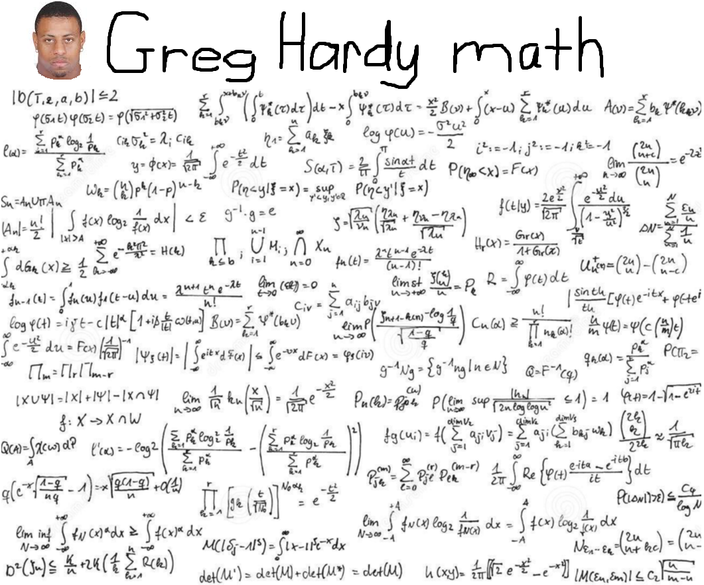 • The Cowboys are 0-4 when Greg Hardy has played for them this season. That stat comes via Reuben Frank of CSN Philly:

Cowboys are 0-4 with Greg Hardy.

The 0 part of that means that they have not won a game with him in the lineup. That is a 0.000 winning percentage. The Panthers, meanwhile, are 8-0 without him. If Greg Hardy is on the Cowboys for the next 50 years, plus the conclusion of this year, their projected record with Hardy over that span will be 0-812.

That's assuming Hardy stays healthy, of course. To note, Hardy did once suffer terrible facial injuries at the hands of his ex-girlfriend, who weighs less than half what he does. Hardy was so hurt that he called 911 on her, per a report from Deadspin, after which the police took pictures of his face: 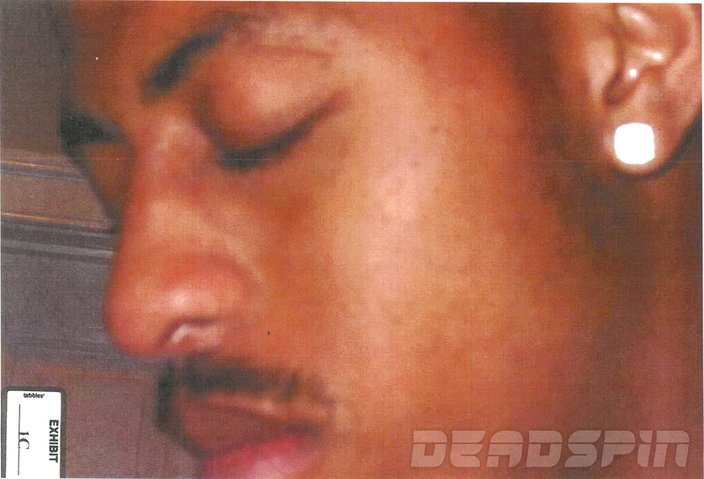 In that sense, Hardy is injury prone, so he may not make it to 812 games. All we can do is pray for his safety.