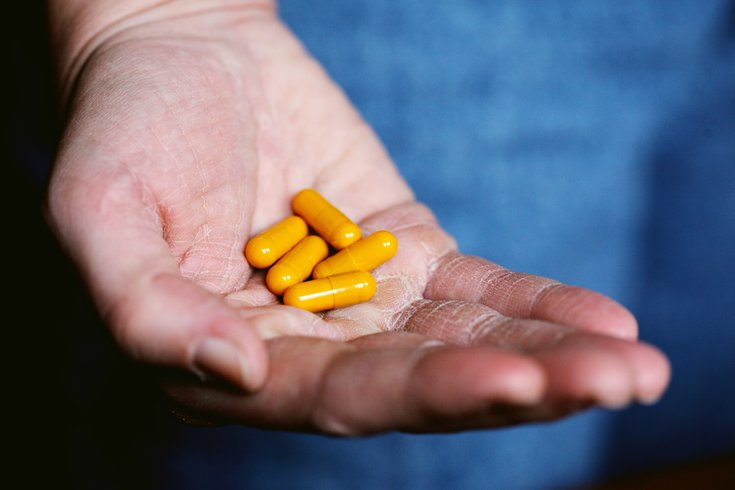 Though certain dietary supplements can give our health a boost, those commonly used with the intention of improving cardiovascular health provide no real benefit, a new study finds.

Fish oil, garlic, cinnamon, turmeric, plant sterols and red yeast rice supplements are touted for their purported abilities to lower so-called "bad cholesterol." This low-density lipoprotein, or LDL, cholesterol can cause the buildup of fatty deposits in the arteries, leading to a heart attack or stroke. In 2020, there were 4.51 million deaths attributable to high LDL cholesterol, up 19% from 2010, according to the American Heart Association.

Previous research, including a review by Johns Hopkins University doctors, has suggested that dietary supplements don't improve heart health. Now, this latest study shows that a low dose of a statin is more effective at lowering cholesterol than those six commonly used dietary supplements.

The study included 190 adults, ages 40 to 75, with no previous history of cardiovascular disease. They received either a low-dose statin, placebo or fish oil, cinnamon, garlic, tumeric, plant sterols or red yeast rice for 28 days.

The researchers found that the average LDL reduction on a statin was almost 40%. Statin use also dropped total cholesterol by 24% and blood triglycerides by 19%.

But there were no significant improvements among the people who received supplements or the placebo. The dietary supplements did not reduce inflammatory markers which, the researchers say, means they are unlikely to lower heart disease risk at least during the first month of use.

"The results also indicate that a low-dose statin offers important beneficial effects on one's cholesterol profile. Future research should study other types of dietary supplements and their potential impact on cholesterol levels."

The study was funded by an unrestricted grant from AstraZeneca, the maker of rosuvastatin. The company was not involved in the design or the results of the study, the researchers said. The study's limitations included its small sample size and its short study period, which was unable to measure any long-term effects of the supplements.

The Council for Responsible Nutrition, a trade association for the dietary supplement industry, issued a statement in response to the study, noting that "supplements are not intended to replace medications or other medical treatments."

"Dietary supplements are not intended to be quick fixes and their effects may not be revealed during the course of a study that only spans four weeks," added Andrea Wong, the association's senior vice president for scientific and regulatory affairs.

This study adds to a large body of evidence showing statins lower LDL cholesterol, Dr. Michael Honigberg, a cardiologist at Masschusetts General Hospital, told NPR. He was not involved in the study.

"Statins are the most effective heart attack and stroke prevention drugs that we have really ever seen," Honigberg said.

Still, Honigberg emphasized that not everyone with a family history of heart disease or a slightly elevated LDL cholesterol should be prescribed a statin.

According to guidelines set by the American College of Cardiology and the American Heart Association, anyone with an LDL cholesterol of 190 or higher may benefit from a statin. Doctors use a risk calculator to estimate a person's risk of having a heart attack or stroke over the next 10 years. Variables like age, blood pressure and smoking status are also factored in. For people with only a slightly elevated LDL, changes in diet and exercise can help lower it.

Many doctors emphasize that whole foods are the best way to get the nutrients needed to stay healthy. Taking too much of a certain dietary supplements can lead to adverse effects. For instance, studies have shown that too much calcium and vitamin D can increase the risk of cardiovascular disease.

Doctors also note that dietary supplements are not tested in clinical trials before they are put on the market, and that there is inconsistency in the way they are made. The U.S. Food and Drug Administration only can regulate them after they are already being sold, according to the Dietary Supplement and Health Education Act of 1994.

Dr. Amit Khera, chair of the American Heart Association's Scientific Sessions programming committee, who was not involved in the latest study, told CNN that there is a lot of misinformation online about dietary supplements.

"I think that people are always looking for something 'natural' but you know there's a lot of issues with that terminology and most important we should ask do they work?" Khera said. "That's what this study does. It's important to ask, are you taking something that is proven, and if you're doing that and it's not, is that in lieu of proven treatment. It's a real concern."