High heels are deathtraps, not a rite of passage: Why we need to #freethefeet 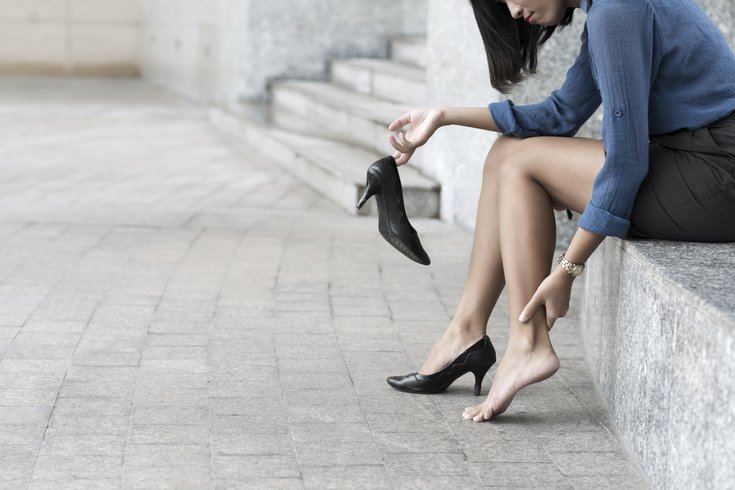 "To my mother, and to me, and to generations of women before us, high heels seemed a rite of passage."

When I was 6, my mother knocked out three front teeth. It was fall, the air was crisp, and she was all dolled up for a friend’s 30th birthday party.

My favorite babysitter had come over to watch me. We were smearing peanut butter on celery sticks and sticking raisins on our teeth (to look like pirates) when we heard my mother scream outside. She’d just finished taking out the trash when she tripped in her stilettos and fell face first onto the concrete. Her hands had been in her coat pockets to keep warm. She didn’t have time to free them on the way down, to brace herself for the impact.

When she stumbled back inside, there was blood gushing from her mouth and gravelly bits embedded in her chin. It’s a sight I’ll never forget: my beautiful mother in her lovely new emerald coat now spattered with red. I remember her lying in bed in the days and weeks after, her face swollen and bruised as if she’d been severely beaten, her jaw wired shut. She was starving and tired and mute, but her eyes said life would never be the same.

To my mother, and to me, and to generations of women before us, high heels seemed a rite of passage.

My mother attributed her accident to a number of things: Cracked pavement. Cold weather. The folly of walking with her hands inside her pockets. My stupid father, for not taking out the trash himself, in his sensible shoes. But she never really questioned how her own high heels would yield decades of dental reconstructive surgery, plus the physical, emotional, and financial agony that came with it.

What happened to my mother might sound extreme, but the number of ER visits attributed to high heel-related injuries is on the rise. A study published in The Journal of Foot and Ankle Surgery this year suggests high-heel injuries doubled in the 10-year span between 2002 and 2012. In 2002, 7,097 American women were hurt by their high heels. In 2012, that figure climbed to 14,140. According to the study’s abstract:

Injuries from high heels are differential by body region, with most injuries occurring as sprains and strains to the foot and ankle. Although high heels might be stylish, from a health standpoint, it could be worthwhile for women and those interested in wearing high heels to understand the risks of wearing high-heeled shoes and the potential harm that precarious activities in high-heeled shoes can cause.

Unable to escape the visceral memory of her fall, afraid something similar might happen to her daughter, my mother warned me, year after year, not to walk with my hands inside my pockets. “Wear gloves!” she’d cry out whenever I left the house during winter. 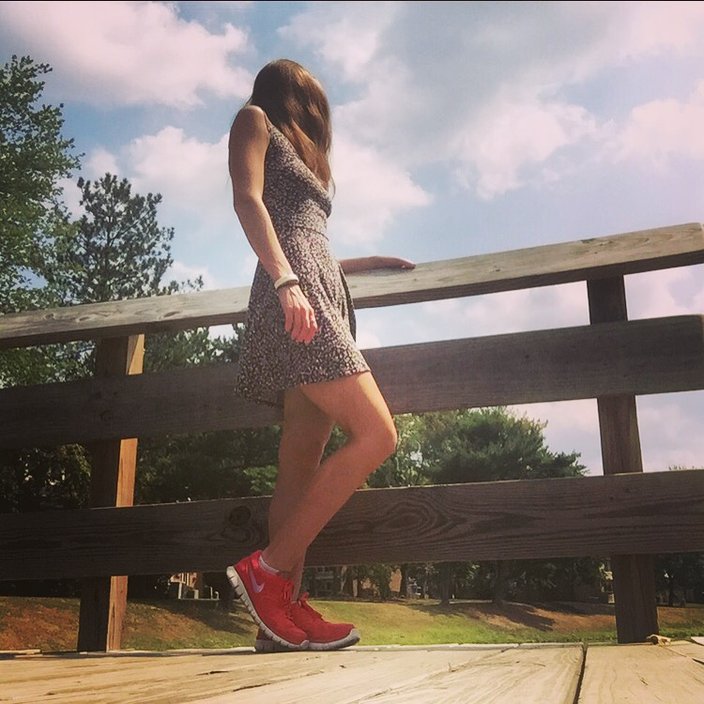 The author shows off her flat footwear. (Elizabeth Licorish/PhillyVoice)

Yet she never thought twice about letting me wear high heels, on dates or to school dances. To my mother, and to me, and to generations of women before us, high heels seemed a rite of passage, part of our gender normative uniform, unquestionable as bras, skirts and purses.

I used to like wearing high heels, even though they’re excruciatingly painful. It’s the sort of ache women accept de facto, like the misery associated with menstruation or childbirth. During my first few semesters of college, I enjoyed slinking around in a pair of pink kitten heels with literal felines painted on them. I liked the way their leather warmed and molded to my feet, creasing like a palm print over time. I was smitten by the sound they made walking down a deserted hallway. Nothing incites an echo quite like a high heel, with its spiky peg, its trowel-shaped sole.

In my 20s, I began to question my relationship with heels. Once, I stood for hours too long in a pair of three-inch strappy sandals, at a housewarming party for a friend who didn’t yet have enough furniture. The toes on both my feet were still quasi-numb and tingly weeks later. A quick Google search revealed some degree of nerve damage is actually quite common in women who wear high heels. Since the Internet didn’t seem too concerned, I resumed wearing heels once the feeling in my feet returned.

But then, a few months later, leaving another party, I tripped and tumbled in a pair of purple snakeskin pumps. Luckily, my hands were not in my pockets and I was able to shield my face from making contact with the street, but my knees were badly skinned. That night I dreamed I’d knocked out three front teeth; I woke up panting and screaming and drenched in cold sweat.

That party would be the last time I wore high heels, which is a good thing, since, weeks later, a strange man chased me down several city blocks on my way to catch a train. I was able to outrun him, but only because I was wearing flats.

If a woman (or man) desires to wear high heels, that should, by all means, be his or her prerogative. But it’s important to understand the acute and chronic health risks associated with shoes designed to forcibly alter a person’s natural physiology, posture and gait. And yet, in our society, the choice to wear high heels often isn’t a choice at all.

In May, the Cannes Film Festival drew public outrage when organizers turned women who weren’t wearing high heels away from the red carpet. According to The Telegraph, “Victims of the policy include the wife of a film director, attending his own film; numerous members of film companies in Cannes for work; and at least one woman who wore flat shoes for medical reasons.”

Recently, Broadway star Kristin Chenoweth, who’s talented enough to dazzle an audience while wearing Birkenstocks and a burlap sack, told CBS’s Erin Moriarty, “[Heels] kill your feet after four hours, but it’s worth it. If you can’t hang in a pair of heels doing a red carpet, then you shouldn’t be in show business. [...] There’s just something about a heel that, especially for women, (it is a man’s world) makes me feel stronger.”

Lisa Small, curator of the historical high heel exhibition, "Killer Heels: The Art of the High-Heeled Shoe," echoed Chenoweth’s belief in high heels as a power/status symbol, but not without some criticism.

Even women who work in fields completely unrelated to fashion and showbiz feel pressure to wear high heels in order to be taken seriously on the job. Forbes contributor Bonnie Marcus prefaced her piece, “To Heel Or Not To Heel: The Question For Ambitious Women,” by admitting: “Personally, I hate wearing them. I do confess, however, that when I want to emphasize my power and executive presence, I choose to wear high heels. I guess I buy into the myth that the increased height that wearing high heels affords me enhances not only my stature but my status.”

Science seems to say that high heels’ effect on power and presence isn't a myth at all. Mounting evidence suggests high-heeled women hold more sway over men than their flat-footed counterparts. Recent experiments conducted by scientists at France’s Universite de Bretagne-Sud reveal men are 50 percent more likely to assist a woman who’s wearing high heels. Women in heels are twice as successful at convincing men to stop and answer survey questions in the street. In short: the taller a woman’s heel, the more likely she is to command attention and exact results, but at what cost? Can heels truly enhance a woman’s stature if they cripple her at the same time?

As preeminent feminist Germaine Greer once asked, "If a woman never takes off her high-heeled shoes, how will she ever know how far she could walk or how fast she could run?"

While the world is rife with controversy about whether or not to oppress nearly every part of a woman’s body, we must agree it is undeniably unethical for society to require that women wear high heels, whether implicitly or by expressed policy. And so, as we crusade to #freethenipple, let us also march to #freethefeet.