Total hip replacement relieves lower back pain for some people

Only if you still have a flexible spine though, according to a new study

By Tracey Romero
PhillyVoice Staff
Illness Back Pain
from 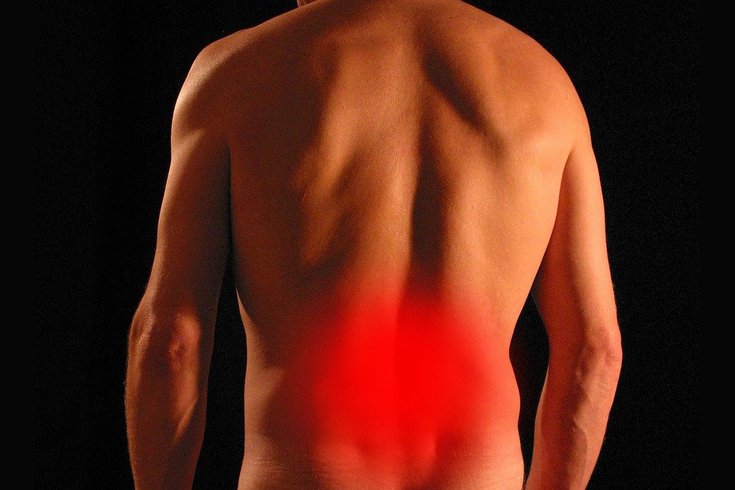 When lower back pain is the result of hip arthritis and not a degenerative spine, hip replacement surgery may offer the needed pain relief.

Lower back pain can be resolved by total hip replacement, but only if you still have a flexible spine, a new study finds.

Because the hip joint is located near the spine, hip osteoarthritis can often cause lower back pain. In a study by researchers by the Hospital for Special Surgery in New York City, 82% of patients who underwent total hip arthroplasty saw improvements in lower back pain after the procedure.

"For patients, it is important to know that hip and spine arthritis often coexist, and the majority of the time, an individual's back pain is better after hip replacement surgery," HSS hip and knee surgeon Dr. Jonathan M. Vigdorchik said.

"However, there are certain times where you might want to have spine surgery first, and that should be discussed with a physician who can evaluate and understand both hip and spine conditions and the relationship between them."

In their study, Vigdorchik and his colleagues compared patients whose back pain was relieved to those whose pain didn't get better to predict which patients would most likely see improvements.

"Very frequently, patients come to see us with symptoms of both back pain and hip arthritis," Dr. Vigdorchik said. "We wanted to know what percentage of the time back pain went away after total hip arthroplasty and whether we can predict whose back pain will go away after their hip replacement."

Overall, 500 patients were included in the study. Patients with previous spine surgery or femoral neck fractures were not included.

Standing and sitting X-rays of the hip and lumbar spine were taken before and after surgery. Pain and functionality were also measured prior to surgery and at one year postoperatively.

Of the 500 patients, 41% had lower back pain before their hip surgeries. Of these, 82% felt better one year later.

The sacral slope is the angle between the top portion of the sacral plate, located at the base of the spine, compared to horizontal. The higher the sacral slope the greater the chance of spondylolisthesis, a condition where one of the vertebrae slips out of place. Low back pain is the most common symptom.

"There is definitely a group of patients whose back pain predictably goes away after hip replacement surgery, and those are people who have flexible spines," Vigdorchik said. "Then there are certain patients who had a stiff, degenerative spine whose back pain did not go away, and that is because their spine arthritis had progressed to the point beyond which the hip was causing an effect."

The HSS researchers hope their findings can help with counseling patients on whether or not a hip replacement will help improve back pain or if spine injury is needed first.

The study was published online as a part of the American Academy of Orthopaedic Surgeons 2020 Virtual Education Experience.