UPDATE: NJDOT admits it failed to get required permit to raze historic home 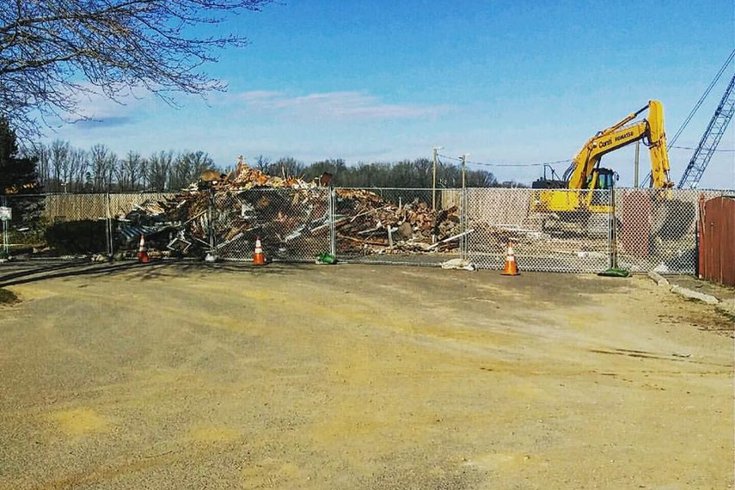 UPDATE: State officials now admit they tore down the historic Hugg-Harrison house without first getting a required permit, the Courier-Post reports. No reason for the failure to to get the necessary permit from the state Department of Community Affair was mentioned in the newspaper's account.

Also, preservationists have changed their page on Facebook to "Justice for the Historic Hugg Harrison House" and are suggesting ways to hold NJDOT Commissioner Richard Hammer accountable for the demolition, including going after his pension. Updated March 7, 2017.

BELLMAWR - Despite seeking a court injunction, contractors for the New Jersey Department of Transportation demolished a Revolutionary War-era home overnight, according to a preservation proponent.

The move outraged Chris Perks, president of the Camden County Historical Society, which led a coalition of groups opposing the destruction of the home, known as the Hugg-Harrison House.

“This is a travesty. This is despicable,” he said Friday morning.

A message from DOT sent 10 hours after the building was demolished contended it had followed guidelines. The DOT also insisted that "despite assertions by some, the house failed to meet the criteria" for protections as a historic building.

The DOT also said funds were not available for the relocation of the property. The state said the building was unsafe.

Some elements of the house were removed and will be made available to preservationists, according to a DOT email. 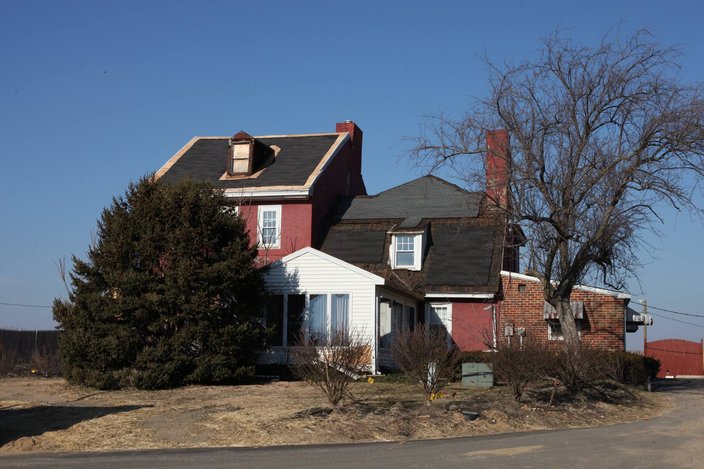 The historic Huggs-Harrison House in Bellmawr was demolished overnight by contractors working for the New Jersey DOT. Groups had an injunction which should have prevented the destruction of the home, which has ties to the American Revolution.

In a statement, Camden County Freeholder Director Louis Cappelli said Friday that the demolition was sad and disappointing.

“The demolition of this colonial-era home, built in the early 18th-century, which was an iconic landmark of the county, was an unexpected punch in the gut today. The Freeholder Board had been working with the Camden County Historical Society and Rep. Donald Norcross to preserve and move the structure to another location in Bellmawr to keep it from impeding the direct connect project linking Route 295 with Route 42," Cappelli said. "Furthermore, we set-aside $50,000 in grant funds for the preservation of the home for a living link back to an era and time period that should be shared with future generations. The destruction of structures with real historical significance undermines the quality of life for our community and does a disservice to our county.”

The property, some of which dated to the 1760s, stood at a proposed connector being constructed by NJ DOT tying I-295 to Route 42. Bellmawr is a three-square mile borough of about 11,000 people in Camden County.

Perks said research showed the home once belonged to Captain William Harrison, who fought alongside the Marquis de Lafayette, including along the border of the property.

He contended their research made it eligible for state and federal historic listings, said Perks, who was seeking an injunction to prevent the demolition.

Destruction of a listed property is not allowed to be done with federal funds, said Perks, whose group had gained wide local political support.

U.S. Rep. Donald Norcross, (D-1st) who'd supported preserving the home by moving it, called the surprise demolition an"injustice" and he also said he was "deeply disappointed" with the state DOT.