Angelo Bruno rose to the top of Philadelphia Crime Family in 1960s, 1970s 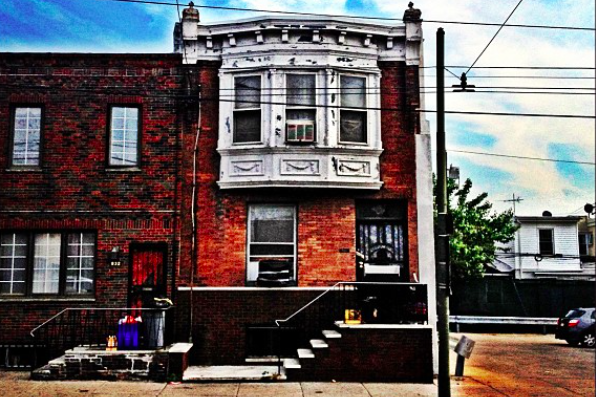 The longtime home of former Philadelphia Family mob boss Angelo Bruno will not receive historical designation after the city's advisory Historical Committee rejected a February nomination painting Bruno as a person of significance for his impact on federal investigations of organized crime.

Bruno, a Sicilian-American known as "Gentle Don," rose to the top of the Philadelphia crime family in the 1960s and 1970s from his residence at 934 Snyder Street, a rowhome now occupied by his daughter Jean, according to Curbed Philly.

In February, the property was nominated for historical designation by historian Celeste Morello, who argued that Bruno's actions served as a catalyst for the development of new local and federal law enforcement tactics to combat organized crime in Philadelphia and beyond.

Despite several arrests during his lifetime, Bruno never served more than two years in prison and forbade his family's involvement in narcotics trafficking, preferring instead to profit from traditional rackets like bookmaking and loansharking. He also tended to favor bribery over murder, ordering few hits and famously banished Nicodemo Scarfo – who later became a Philadelphia mob boss in the 1980's – to Atlantic City for excessive violence.

When New Jersey altered its gambling laws in 1977, local conspirators were angered by Bruno's decision to cede Atlantic City, historically the turf of the Philly mob, to New York mob interests. In 1980, at 69 years old, he was killed by a shotgun blast while sitting in his car outside the rowhome on Snyder, sparking a wave of violent retaliation in Philadelphia.

In denying the nomination, the Philadelphia Historical Commission said that while Bruno was "notorious and infamous," there is no direct link between his criminal affairs and the modern techniques developed by police and prosecutors to root out organized crime.

The decision not to recommend the rowhome is non-binding, meaning that it could be nominated again in the future. In Morello's original nomination, she noted that the homes of two other Philadelphia mobsters, Philip Testa and A.D. Pollina, are listed on the Philadelphia Register of Historic Places.