How Congress could have prevented Trump's Helsinki fiasco

Imagine you’re speeding along on a highway. Suddenly, the traffic ahead of you slows, forcing you to hit the brakes. Eventually you arrive at the source of the bottleneck: a mattress lying in the right lane. One by one, your fellow motorists simply crept around it. No one stopped to move it off the road to relieve the congestion.

Why would so many people fail to take action and (easily) fix the problem that slowed traffic to a crawl?

RELATED READ: Are you suddenly interested in the Supreme Court? You're not alone

People – whether motorists, business leaders or lawmakers – are simply not very proactive. By that we mean humans have a tendency to keep doing what they’ve been doing, maintaining the status quo rather than breaking the flow and creating a better future. In the mattress example, it means driving around the obstruction rather than removing it, allowing the problem to continue indefinitely.

As researchers of organization behavior and leadership, we have long studied the nature of proactive behavior and how it helps people perform better at their jobs. Failing to behave proactively can be consequential as well, often negatively.

A perfect example is the U.S. Congress and its unwillingness to rein in President Donald Trump over Russia. By failing to act sooner over growing evidence that Russia hacked the 2016 elections and related matters, Republican lawmakers have now witnessed what was once unthinkable: an American president standing next to a leader of a hostile power and criticizing his own intelligence agencies.

WHAT IT REALLY MEANS TO BE PROACTIVE

People commonly think being proactive means simply starting sooner rather than later, not procrastinating, or taking initiative to get work done.

But it is far more than that. Your behavior is proactive when:

• you choose it yourself rather than comply with external demands

• you execute strategically more than mindlessly

• your intention is to change something for the better, thus to create a better future.

Proactivity begins with recognizing that a current trajectory – your own, your team’s, your company’s, your country’s – is not good enough, or downright bad, and deciding to make a course correction. More concretely, proactivity means solving or preventing problems and identifying and capturing opportunities, en route to a future that is better than if you had not changed course.

Our research suggests that truly proactive leadership is a rare bird. In one study, for example, we interviewed 75 chief executive officers in several countries including the U.S. and asked them to tell us their work goals. Of the over 2,000 goals they mentioned, the vast majority were business-as-usual, maintenance goals such as “keeping customers,” “surviving” and “holding onto good employees.” Only a very few, such as “building a new factory,” “finding a new international partner” and “being a leader in changing how the marketplace works” were notably proactive in ways that could dramatically change their companies’ trajectories.

We conducted several studies to better understand the connection between being proactive and performing successfully.

In the first one, we asked 148 business grad students at a single school with significant full-time work experience to fill out a survey intended to measure their behavioral tendencies. The survey listed 17 different behaviors, such as “If I see something I don’t like, I fix it,” “I am always looking for better ways to do things,” “I love to challenge the status quo” and “If I believe in an idea, no obstacle will prevent me from making it happen,” and we asked the students to mark how strongly they agreed with each statement in terms of how they work, from 1 to 7.

We then compared scores with actual achievements based on participants’ application material, including resumes and essays. Those who scored higher on the proactivity scale had more impactful accomplishments in their work and personal lives. Moreover, we asked them to list four to eight peers among their classmates whom they predicted would become transformational leaders in their future careers. Proactivity rankings correlated with the number of peer nominations.

Our second study involved a sample of 131 real estate agents who completed our proactivity survey. Using archival records, we found that agents that scored higher on the scale sold more houses, earned greater commission income and brought in more listings than their peers.

In a third study, we asked 156 managers at a Puerto Rican financial services firm to fill out our survey. Their bosses then completed a separate survey rating those managers’ leadership behaviors, such as charisma and inspirational speaking. Those ranked most proactive received higher ratings from their bosses, while low-scorers were near the bottom.

A caveat to all this is that being proactive – like starting a new business – can be risky and even backfire. But the evidence shows clearly that the likely gains over time far outweigh the potential costs. 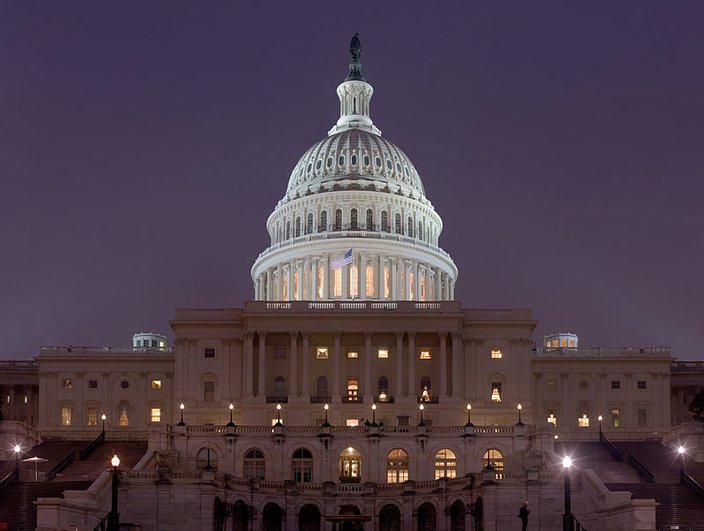 NOT BEHAVING PROACTIVELY HAS COSTS, TOO

The president’s words and actions in Helsinki – in which he stood next to Russian President Vladimir Putin and said he believed his “powerful” denials over accusations of election hacking rather than the consensus of his own government – may never have happened had the Republican leaders of Congress been more proactive.

Although the president now says he misspoke, the damage has been done. And more Republicans seem to acknowledge this and have been sharply criticizing the president for how he behaved in Helsinki.

What could Congress have done differently?

For a start, it could have taken the investigation of Russian meddling more seriously as early as 2016. Or, after the Justice Department appointed Robert Mueller as special prosecutor, it could have passed a law to ensure the president can’t fire him – as Trump has threatened to do. Or even as recently as last week, Republican members of Congress could have urged Trump not to go ahead with the meeting with Putin.

Surveys of Americans across the political spectrum have shown that they respect leaders who engage in proactive ways on the problems facing their country. Perhaps that could help convince lawmakers and presidents that it’s in their own self-interest to do so.

Sadly, neglecting the future is our default. Proactivity requires all-too-rare strategic forethought and sustained, constructive action to avoid the worst and create the best possible futures.

As Irish playwright George Bernard Shaw perhaps put it best, “We are made wise not by a recollection of our past but by a responsibility for our future.” Imagine the benefits if more of our leaders would think and act through such a forward-looking lens.

This is an updated version of an article originally published on Jan. 24, 2018.