How many compensatory picks should the Eagles expect to receive in the 2021 NFL Draft? 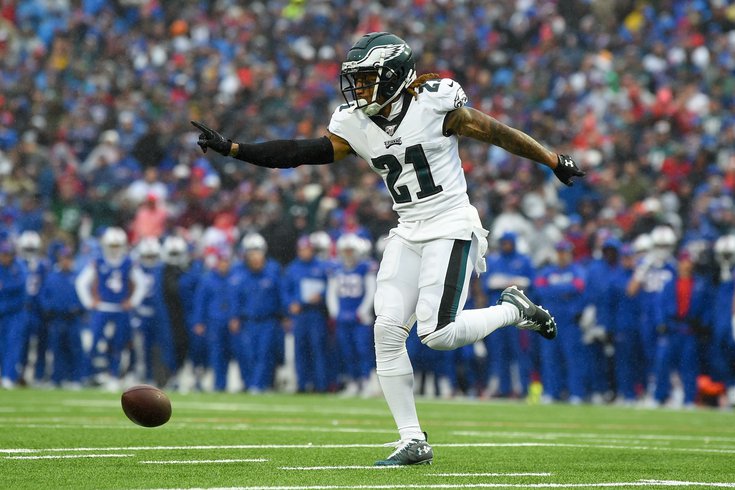 On the Monday after the conclusion of 2020 NFL Draft, the deadline for unrestricted free agent signings to count toward the compensatory pick formula was reached. Any players signed after that deadline (think Jason Peters, from the Eagles' perspective, for example) do not count toward the formula.

And so, while we're perhaps a little tardy on this with deadline having come and gone a month ago, it's still worth looking at how many compensatory picks the Eagles should receive in the 2021 NFL Draft. It's complicated this year.

Using OverTheCap's comp pick cancellation chart (via the great Nick Korte), the Eagles have four qualifying CFAs (compensatory free agents). They are Jordan Howard, Timmy Jernigan, Ronald Darby, and Kamu Grugier-Hill. The loss of Halapoulivaati Vaitai will be canceled out by the addition of Javon Hargrave. Here's what their cancellation chart looks like:

So the Eagles will get four compensatory picks then? Nah, probably not.

The NFL awards a maximum of 32 compensatory picks each year. Darby and Grugier-Hill fall outside of that 32-comp pick threshold, according to Korte's projections. Darby is currently 33rd in the comp pick pecking order, and Grugier-Hill is 35th.

In other words, for the Eagles to get an extra pick for losing Darby, one of the players ahead of Darby in the comp pick pecking order would have to no longer count toward the formula, clearing the way for Darby to move into the top 32. That has happened in the past. In 2018, for example, Caleb Sturgis would have counted toward the 2019 comp pick formula for the Eagles, but the struggling Sturgis got cut by the Chargers before he played in 10 games, and thus no longer counted toward the formula.

This year, however, in perusing the contracts of the players ahead of Darby in the pecking order, it feels unlikely that any of the players will be released, due to significant dead money cap hits.

There is one player whose spot on the list is tenuous. That would be... womp womp... Jernigan, who reportedly signed with the Texans in early April, but still does not yet appear on the roster page of the Texans' website, and has yet to be announced as an official signing by the team.

So if Jernigan isn't officially on the Texans' roster, and the deadline has already come and gone, shouldn't he just, not count toward the formula? Korte has an explanation on that too that involves league efforts to thwart comp pick loopholes and shenanigans, if you're interested, but I won't try to paraphrase here. Should Jernigan never officially sign with Houston and in turn no longer count, Darby would become the 32nd qualifying player toward the formula, assuming Korte's pecking order is correct.

In short, I would set the Eagles' over-under at two compensatory picks. They will very likely get a 6 for the loss of Howard, but then it gets murky. They could get either a 6 or a 7 for Jernigan, or a 7 for Darby, depending on whether or not Jernigan counts or not. If Jernigan doesn't count, the Eagles will be rooting for Darby to stick with Washington and play enough snaps to maintain his positioning on the list.

Did all of that make sense? Yes? No? Well it's dumb that comp picks exist in the first place, even if good for my own personal brand. Just add a freaking 8th round to the draft and be done with all this tedious nonsense.