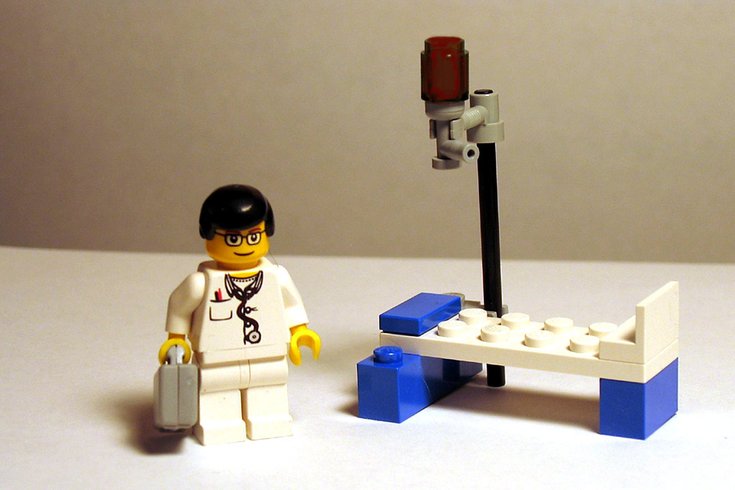 Medicine need not be confined to the role of cultural bellwether, a sheep with a bell on its neck that reveals where the whole flock is headed. Along with other professions such as law, clergy and education, medicine can and should play the leadership role of a shepherd, helping our society to develop more thoughtful, balanced and generous approaches to the challenges that face us. After all, the word doctor means teacher, and our culture needs the best instruction we can offer. The dawn of a new year makes the time ripe for such a shift in medicine’s role.

In serving as educators, doctors have many resources to draw on. They are among the best educated groups in our society, having pursued one of our the longest and most intense courses of study. In practice, they regularly participate in moments that help to clarify what life is all about – birth and death, growth and aging, suffering and relief. And they serve as trusted confidantes and counselors to patients and families at some of life’s most meaningful moments.

Popular culture has reflected an erosion of the doctor as teacher and role model. In the 1960s and 70s, television doctors such as Dr. Kildare and Marcus Welby epitomized virtues such as dedication and compassion. Then along came “M.A.S.H.” and “St. Elsewhere,” which adopted a more irreverent attitude toward medicine and the people who practice it. By 2004 “House,” which ran for eight seasons, the doctor had degenerated into a clever but deeply misanthropic opioid addict.

FIRST, DO NO HARM

As a physician and educator, I think that, for medicine to help heal our culture, doctors must embrace their role as advocates for principles that have long represented the core of the healing professions. Although “Primum non nocere, or ”First, do no harm,“ does not appear in the writings of the "father of medicine” Hippocrates, it is often cited as medicine’s first principle. And the idea that doctors should avoid harm is part of the modified Hippocratic Oath that most doctors take when they graduate from medical school.

This principle does not imply that doctors should never harm. After all, no surgeon could ever operate and no oncologist could ever administer chemotherapy if they rigorously adhered to it. It means instead that risks and harms must always be balanced against benefits, and that where the balance is too uncertain or unfavorable, it is better to do nothing. More broadly speaking, we should avoid saying things or acting in ways that cause needless injury.

What would “Do no harm” look like in our popular culture? First, it would mean eschewing personal attacks, which seek to label people as unworthy, disgusting, or evil. In public discourse, our goal should be to understand different points of view, to educate one another, and to take the interests of others into account in arriving at decisions. Physicians are expected to take good care of even patients they find disagreeable, and this an outlook sorely deficient in the U.S. today.

GET THE WHOLE STORY

A second habit deeply ingrained over the course of medical training is to recognize that there are usually more than two sides to any question. Suppose a patient complains of pain in the right lower quadrant of the abdomen, a classic symptom of appendicitis. Only poor physicians would confine their attention to the question, “Is it appendicitis or not?” The real issue at hand is to determine what is causing the pain and what needs to be done about it.

In popular culture, complex matters are often reduced to highly simplified dichotomies, in which the two sides are portrayed as sporting white and black hats. It seems as though all Americans need to know is whether a person is a Democrat or Republican, a conservative or a liberal, or a reader of The Washington Post or The Wall Street Journal. In fact, however, making good choices requires an understanding far deeper than which side of a political divide a person is on.

Good doctors learn quickly that a cursory inspection can be deeply misleading, as a story once told by a colleague reveals. An elderly, disheveled, incoherent woman was brought to the emergency room with a broken arm. The staff took her for a homeless person. Later, however, she started to make sense, and provided her phone number. When her family came to pick her up, they arrived in a chauffeured limousine. In this as in so many cases, what first met the eye turned out to be quite deceptive.

PUT SERVICE BEFORE SELF

To become really good doctors, medical students need to learn something: Patients do not exist to provide careers to physicians; instead, physicians exist to care for patients. Like other professionals, doctors need to put the interests of their patients first. The overarching goal is not to advance the physician’s career, to generate more income, or to secure the business interests of a medical practice or hospital. The goal is to care well for the patient.

The founders of the U.S. knew that human beings are not angels, but they also believed that people can look beyond narrow self-interest and do what is best for others and the larger whole. They knew that serving a purpose beyond self is one of the surest ways to find meaning and purpose in life, and that those who contribute the most often lead the fullest lives. They bet their own lives on the proposition that Americans could answer the call of their better selves.

By serving as exemplars of what a life of service looks like in communities across the country, doctors and other professionals can remind Americans of all ages what human beings at their best are really capable of. To look out only for number one is to lose hope in neighbors, communities and society. To get to know others, to take an interest in their stories, and to reach out and serve when they need help and support is one of the signs of a hopeful, thriving culture.

The idea of medicine as a cultural beacon of goodness may seem profoundly counter-cultural. Our appetite seems much greater for stories of doctors whose financial or sexual misconduct has disgraced themselves and the profession. Yet for the professions to play a role in reshaping our habits of mind and heart, their members must act courageously, not waiting until the cultural winds have shifted but letting their better voices speak even when no one else seems to be listening.