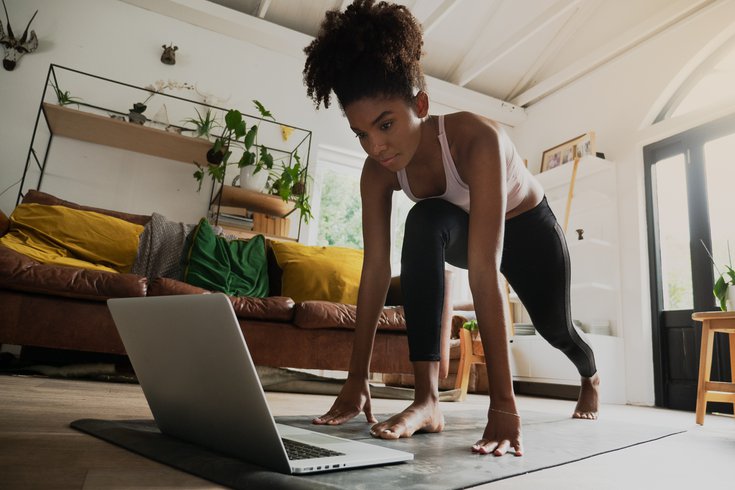 Forming a new habit can be a difficult feat — whether you’re starting a new fitness routine, trying to eat healthier, or getting accustomed to a new job.

In our busy, hectic schedules, we tend to do things the way we’ve always done them in the past. In fact, researchers believe that 40 – 95 percent of what we think, say, and do is out of habit.

To put it another way, we mostly run on autopilot.

Starting a new routine is hard because it involves overriding an old one. It’s easy to forget. It’s also easy to talk ourselves out of it: “I’ll start tomorrow.” “I’m too tired.” “It’s all the way upstairs.” “But my kids baked some cookies!”

And then it’s easy to get discouraged: “Forget it, I just can’t do this.” Isn’t that how most New Year’s resolutions end?

But if you can keep doing something long enough to turn it into a habit, it gets easier and easier!

The question is, how do you get over that hump — stick with something consistently and long enough that it will become routine?

How to form a new habit

I’ve collected four popular strategies for forming new habits that sound really promising. Try them on for size and see if they help you.

1. Commit to doing the action consistently, every single day, for at least 30 days; and find a buddy to do it with you.

2. Recognize that there are four steps involved in building a habit: cue, craving, response, and reward.

• The cue is the situation or stimulus that triggers the desired action. So pick a cue that’s impossible to miss.

• The craving is a desire for a reward. You need something to look forward to when you’re done — even if it’s just the endorphin rush of exercising, or a sense of pride and accomplishment.

• The response to that craving is to perform the action so you’ll get the reward. You should make sure the action is as easy to complete as possible.

• The reward makes you glad you performed the action so you’ll want to do it again. Make sure you savor the reward fully!

3. Follow this process, courtesy of the Harvard Business Review:

• Set your intentions. Pick a realistic goal that you can really believe in.

• Anticipate roadblocks. Whether it’s your busy schedule, inclement weather, or just “I’m too tired,” something will come up to make you want to abandon your goal…“just this once.” What is your strategy for dealing with these obstacles?

• Create nudges that will prompt you to do what you’ve set out to do.

• Make a schedule to establish when you’re going to pursue your goal each day.

• Set microhabits. Build up to your goal in small, easy-to-reach steps.

• Bundle your desired action with something rewarding. Give yourself a treat to make you feel good about what you’ve done, every time. (See “The reward,” above.)

Show yourself some compassion. If you stumble at one point or another, forgive yourself…and don’t let a small failure make you abandon your goal.

4. Make your new habit a part of your identity. Decide that this is who you are: you’re the person who performs this habit. Remind yourself at every opportunity, and declare it loudly and proudly to everyone around you.

Independence Blue Cross members have access to a wide range of perks that can make achieving health and wellness goals easier.

I work for Independence Blue Cross as a senior copywriter. I enjoy building the company’s relationship with its members through communications that are clear and personal. When I’m not at work, I’m writing rock songs and singing in a band, collaborating on a musical adaptation of a well-known comedy play, and trying to parent two teenagers who are much cleverer than I am. My pronouns are “she” and “her.”