Watch the peak of the Perseid meteor shower this week 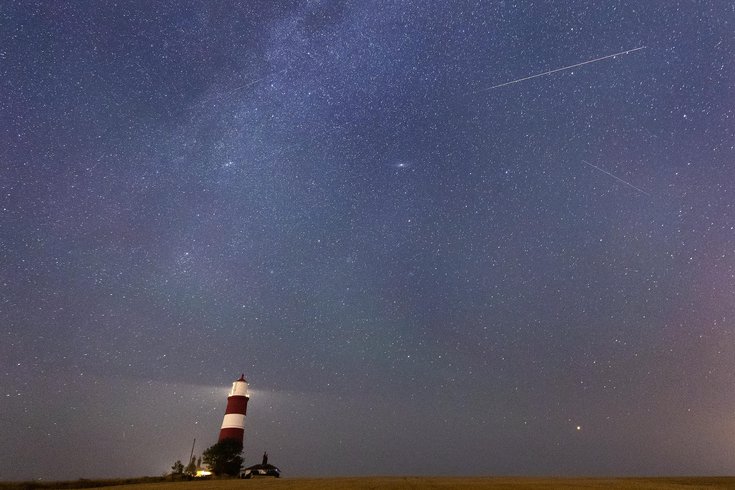 The Perseid meteor shower will peak this week in the Northern Hemisphere. Above is a file photo of the meteor shower spotted in England last Friday.

Arguably the biggest stargazing week of the year is here, as the 2021 Perseid meteor shower is slated to peak Wednesday through Friday.

The Perseid meteor shower is at its most active point in mid-August each year.

The spectacle will be visible as early as 10 p.m. Wednesday night and continue into the early morning on Thursday. That's the peak night to catch the show, but late Thursday night into early Friday morning is also a good time to look for the "shooting stars."

Stargazers are encouraged to go outside between midnight and dawn when the sky is at its darkest point and the greatest number of meteors will fall per hour.

The Perseid meteor shower can be seen from anywhere – and no special equipment is required – but a park or open area in a rural space is considered the best viewing location. Perseids streak across the sky at a rate of 50-75 meteors per hour, according to the American Meteor Society.

There will be almost no moonlight interference, as the moon will only be 13% full.

The Perseid meteor shower can peak at up to 100 meteors per hour and at a pace of 37 miles per second, according to NASA.

Known for its speed and brightness, the Perseid meteor shower leaves long streaks of light and color behind as the meteors travel across Earth's atmosphere.

The astronomical event is also known for its fireballs, which are large explosions of light and color that can persist for longer than an average meteor streak.