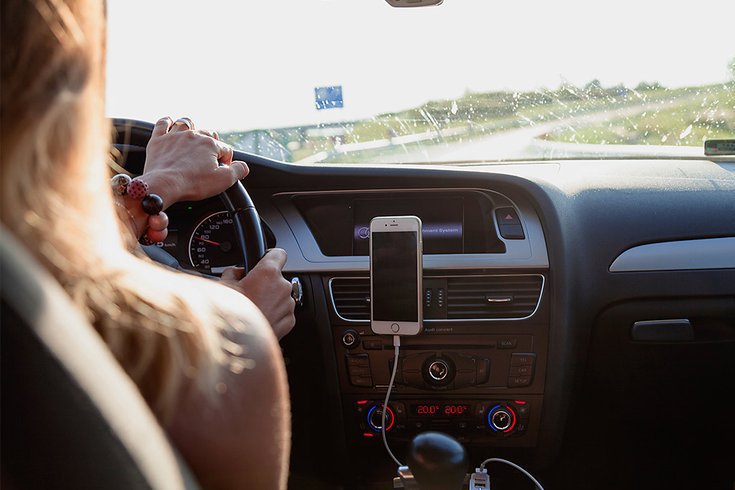 New Jersey now requires drivers to move over or slow down when passing pedestrians, cyclists and other non-motorist users of roadways. Those who violate the new law face fines of up to $500 and two points added to their driving records.

New Jersey motorists who don't move over or slow down when driving past pedestrians and cyclists on roadways now face fines and points added to their driving records.

The requirement that drivers keep at least minimum, safe distances when passing people on roads, who are traveling by foot, bike or scooter, was signed into law Thursday by Gov. Phil. Murphy. The bill had passed in both houses of the state legislature in June with bipartisan support.

The NJ Safe Passing Bill also mandates that motorists operate their vehicles with caution when passing pedestrians in wheelchairs, public utility workers and contractors, property maintenance workers or any other person permitted on the roadway for work or recreation.

Drivers now must either move into a lane that is not next to the pedestrian or cyclist, or leave a distance of no less than four feet while passing any person using the road.

Drivers unable to move over due to legal or safety concerns must reduce their speeds to 25 mph and be prepared to stop. They are permitted to pass only if doing so will not endanger the safety of a person in the roadway. A motorist must consider the size and speed of the car, weather, traffic conditions, visibility and the surface and width of the roadway when deciding whether passing will be safe.

Motorists who violate these rules, resulting in crashes that injure pedestrians, are subject to $500 fines and two points on their driving records. Violators involved in incidents not resulting in injuries can be fined $100 but will not be assessed any penalty points.

The new law follows more than a decade of education and advocacy, and its supporters believe it will help protect non-driver roadway users.

"Spurred by the pandemic, we have seen an increase in people walking, biking and rolling to get to work, to school, or to parks or take their health and fitness routines literally on the road," New Jersey Bike & Walk Coalition's Jim Hunt said. "At the same time, we are faced with the surge of car and truck traffic on our roads. This has resulted tragically in an increase in serious injuries and deaths in the state."

The number of bicycle-riding fatalities in New Jersey in 2021 has already matched last year's total of 11, according to New Jersey State Police records. Pedestrian fatalities are on pace for a 60% year-over-year increase in 2021.

"Many of our organization's members, including myself, commute by bicycle between Pennsylvania and New Jersey," said John Boyle, research director for the Bicycle Coalition of Greater Philadelphia. "We are happy to see that bicyclists now will now have the same 4-foot safe passing protection under the law in both states. New Jersey's legislation goes even further by providing the same protections to other vulnerable road users, such as pedestrians and e-scooter users."

New Jersey is now one of 43 states with "move over" laws aimed at reducing crashes between motor vehicles and pedestrians.