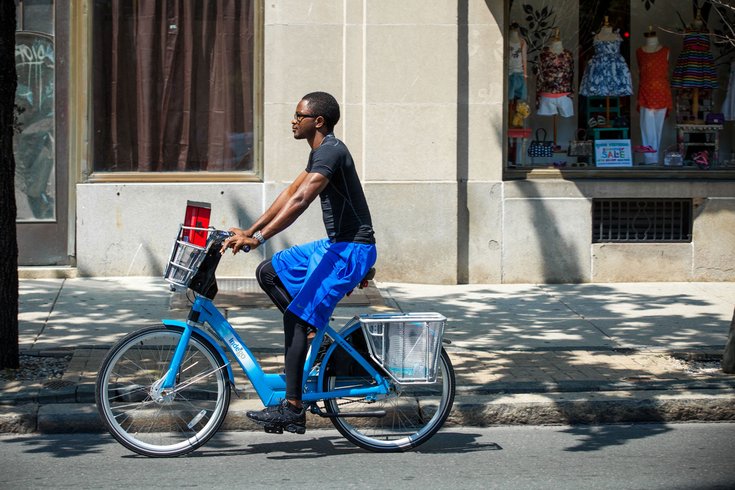 One year after Philly's bike share program Indego debuted with 60 stations and 600 bikes citywide, the city-run organization announced Thursday that it will soon open another 24 locations and provide a discounted monthly pass for residents who hold a Pennsylvania ACCESS card.

At an event Thursday morning at Race Street Pier, Indego revealed the 24 new locations included in an expansion funded through a $1.5 million grant from the William Penn Foundation. A complete station map can be viewed here.

In addition to the new locations, Indego revealed a new $5 monthly ACCESS Pass for lower-income residents who are part of the Supplemental Nutrition Assistance Program, or food stamps. The pass offers these riders 30 days of unlimited one-hour trips, with an additional dollar added for trips over an hour.

The ACCESS Pass program comes after an analysis earlier this year found that Indego's five least-used stations were located in areas where the median income was below $25,000. That early pattern reflects a wider struggle among bike share programs to gain traction in lower-income communities, though Indego's extensive partnerships – from the Mural Arts Program to sponsorship promotions – suggest it is poised to become a model for other cities.

The greatest advantage is that the ACCESS payment option slashes Indego's monthly cost by 66 percent for eligible riders and is nearly half the cost of a SEPTA transpass.

The expansion comes as Philadelphia prepares to install a slew of new protected bike lanes and supports the trend of another recent analysis that ranked the city seventh in the U.S. for biking and walking to work.

Have you tried a 2.0 bike yet? They're 10 lbs lighter, perfect for a quick cruise through the city! pic.twitter.com/3iGIe9pKmn