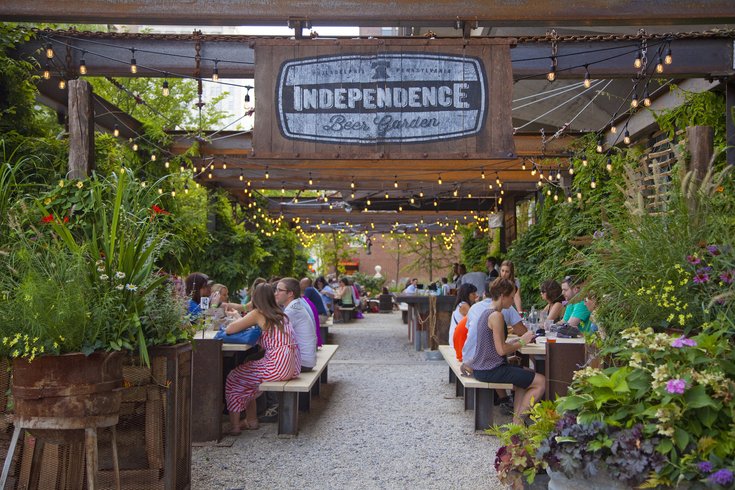 UPDATE: Independence Beer Garden will host a soft opening on Friday, April 15 and Saturday, April 16 before the official season begins.

Located next to Independence Mall, Independence Beer Garden offers outdoor seating, beer, games and a picnic menu through spring and summer. Since it first opened in 2014, the spot has been a popular place for happy hour and weekend fun.

For those who have anxiously awaited its seasonal return, Independence Beer Garden will open for the season on Thursday, April 21.