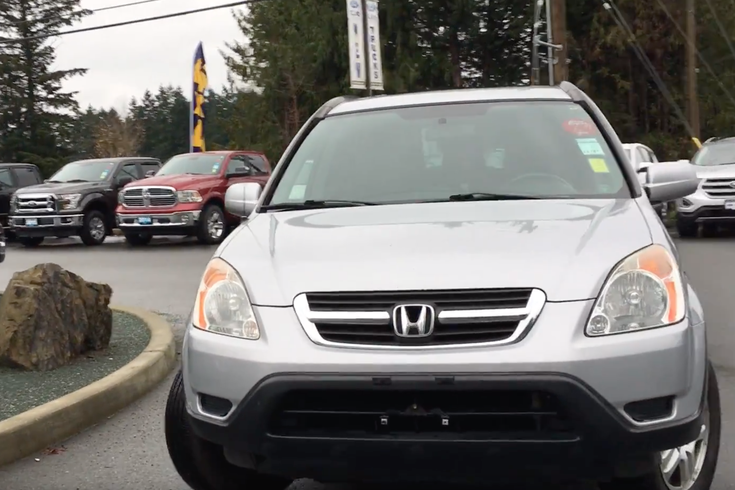 This is a 2004 Honda CR-V. This specific one is not in Philadelphia.

Have you ever stumbled across something so innocuous, so disconnected from your day-to-day reality, that it almost feels make-believe?

This is exactly how I felt when I found @phillycrv, an Instagram account dedicated to photos of Honda CR-Vs around Philadelphia.

I should specify: not just any old Honda CR-V qualifies for the account. Only models between 1998 and 2006 count towards @phillycrv’s grand achievement.

(For reference, the CR-V made its debut in Japan in 1996, and the vehicle design entered its "third generation" in 2007.)

I reached out to the account via Instagram direct message last week to try and find out more about what’s going on here — Who is behind the account? Why those specific models? Just a general why? — but unfortunately never heard back.

Here’s what we do know:

The account actually originated in Delaware, somewhere near the University of Delaware’s campus. Through December of 2018, the posts were almost exclusively Delaware-based.

In December, the account’s owner had their own red CR-V stolen in Philadelphia (because of course it was):

Today marks the end of an era. I have become victim to a car theft. My beloved Honda CR-V, 215,000 miles, sold to me by a good friend of mines family, and countless memories, is probably in a chop-shop in Philly, being taken apart for its platinum catalytic converter. Hopefully Geico treats me well in this process. My love for CR-V’s will continue and live through this account ⚡️ #honda #crv

By January, it appeared the account’s owner had moved to the Fishtown area and the posts switched to a decidedly Philadelphia-based theme.

The account posted its 100th photo on Feb. 18, a white 2006 model in Center City just a few blocks from City Hall.

It might be the best social media account on any platform, and I hope you enjoy it as much as I do.