What to expect from the public Jan. 6 committee hearings on U.S. Capitol attack

The first presentation of the 10-month investigation is airing on Thursday at 8 p.m. 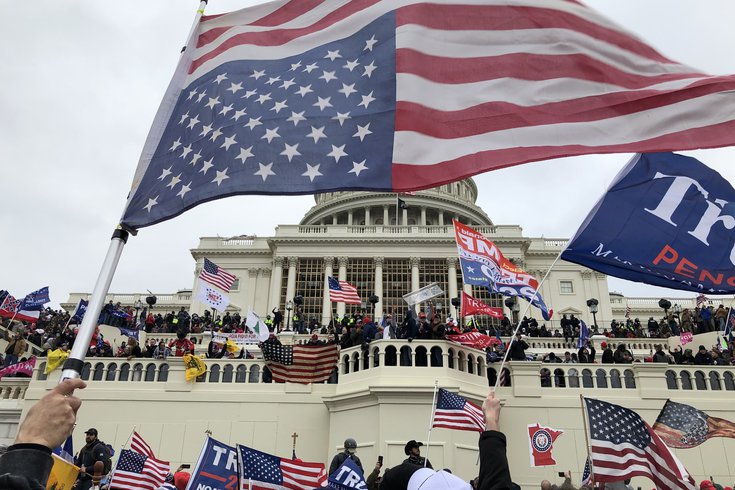 The first in a series of televised public hearings regarding the Jan. 6, 2021 Capitol riots will begin on Thursday, June 9 at 8 p.m. Most broadcast and cable television and news networks will cover the hearings live, with new video footage expected to be presented along with findings from the House select committee's 10-month investigation.

The House select committee tasked with investigating the Jan. 6, 2021 insurrection at the U.S. Capitol is set to present its findings in a series of televised public hearings beginning Thursday at 8 p.m.

In the 17 months since a mob attempted to stop Congress from certifying the 2020 presidential election, a committee of nine people — seven House Democrats and two Republicans — have been examining whether the riot was a premeditated plot by former President Trump and other elected officials within the Republican party.

The hearings are meant to serve as a major television event, presenting information to a viewership that may not have been paying attention to the developments of the investigation thus far.

This is one of the reasons why the committee hired James Goldston to produce the public hearings for a primetime audience, Axios reported. Goldston, a former ABC television executive responsible for programs like "20/20" and "Nightline," was chosen to produce the hearings so they don't appear like traditional congressional meetings.

The hearings will instead be shown as "multi-media presentations that weave a narrative" outlining the committee's findings. They will include a mix of live witnesses and pre-produced footage, as well as taped clips of the committee's depositions. Here's what to expect.

Where can I watch the hearings?

Every major broadcast and cable news network will cover the first hearing on Thursday night, with the notable exception of Fox News.

Fox will cover the first night of hearings "as news warrants," the network told the Associated Press, leaving in place its traditional primetime lineup. The network will include post-hearing coverage at 11 p.m. and affiliated networks have the option to cover it while it's live.

Other print news organizations — including The New York Times, the Associated Press and The Washington Post — will have their own live coverage of the hearings. Those without a news or cable subscription can follow along on C-SPAN or PBS NewsHour's free online livestream.

The second public hearing is scheduled for Monday, June 13 at 10 a.m. The committee has yet to publicly announce dates for the subsequent hearings, though members told NPR that there will be about a half dozen hearings total.

Who are the members of the Jan. 6 select committee?

Congress established the Jan. 6 select committee through a party-line vote on June 30, 2021. Only two Republican House members voted alongside Democrats in favor of forming the select committee, with 16 Republicans abstaining from the vote.

As a result, two Republicans and seven Democrats were appointed by House Speaker Nancy Pelosi to lead the investigation. The select committee has held interviews with more than 1,000 witnesses, NPR reported.

The group does not have the authority to prosecute and has been selective in what information it shares with the Department of Justice, which is able to begin traditional criminal investigation proceedings.

Throughout the course of the 10-month investigation, the committee has shared brief details of its extensive interviews on social media. There have been updates every few days as the group issues subpoenas to sitting elected officials and party leaders.

🧵 On January 6th, 2021, our democracy was on the brink of catastrophe. The American people witnessed a violent attempt to overturn an election that came perilously close to succeeding.

Today, we highlight some of the events that threatened the peaceful transfer of power.

In a thread created on the one-year anniversary of the Jan. 6 riots, the committee offered a timeline of events from 8 a.m. on Jan. 6, 2021 through the early hours of Jan. 7. That's when former Vice President Mike Pence was officially able to certify the election results after the U.S. Capitol had been locked down for hours.

What can viewers expect to learn from the hearings?

The multi-media presentation will shed light on what happened and offer new information on the Jan. 6 insurrection. A step-by-step recollection of how the former president and his allies impacted public perception of the 2020 election will be shown.

Viewers can expect clips from taped depositions between former White House aides, campaign staffers and members of Trump's family, CNN reported. The committee said that the "vast majority" of the video it intends to show has not been viewed by the public before.

The new footage is expected to be accompanied by two in-person testimonies from witnesses of the riots. The first of them is Caroline Edwards, a U.S. Capitol police officer who was one of the first people injured during the violent attack at the heavily-secured building.

Another is Nicholas Quested, a documentarian who had private access to the right-wing extremist group the Proud Boys. He was in the middle of filming a documentary about the group in the weeks and months leading up to the insurrection. The British filmmaker has already been deposed by the select committee.

Central to the committee's findings are extremist groups like the Proud Boys and Oath Keepers. On Monday, five members of the Proud Boys were indicted on sedition charges by the Department of Justice. The rare but serious charges have both criminal and political consequences if the men are convicted.

Among those included in the indictment is Zach Rehl, the former leader of Philadelphia's chapter of the Proud Boys. Rehl, a Port Richmond native, is charged alongside four others with seditious conspiracy and conspiracy to prevent an officer from discharging any duties.

Each of the accused have plead not guilty to charges from earlier indictments, according to the Department of Justice. The indictment alleges that Rehl and the other Proud Boys members helped plan a coordinated effort to "oppose by force the authority of the government of the United States" in order to prevent the certification of the election.

Rehl has been detained since his initial arrest in March 2021 and his lawyer told the Inquirer that he maintains his innocence against the charges.