Joel Green, 53, is the second drowning victim at the Jersey Shore destination this month 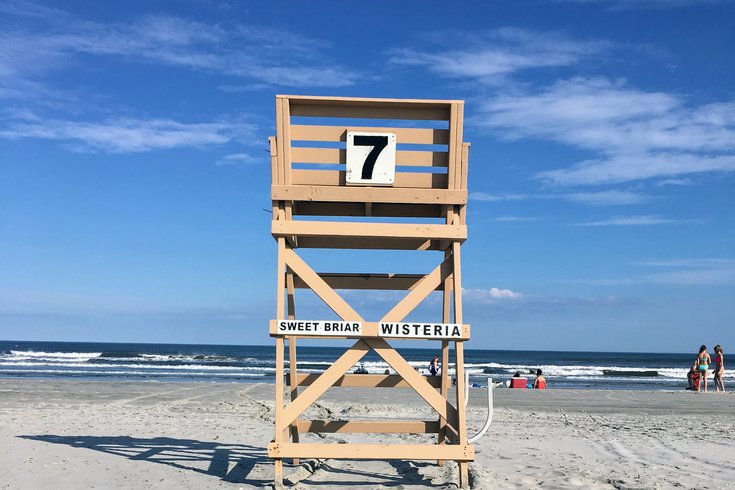 Joel Green, 53, of Johnstown, Pennsylvania, drowned June 8 in Wildwood Crest at the Jersey Shore. He had been swimming at a beach in the area of Syracuse Road, police said. Above, a lifeguard stand is seen on the beach between Wisteria and Sweetbriar roads in Wildwood Crest.

A 53-year-old man drowned Tuesday afternoon off the coast of Wildwood Crest, authorities said. The victim is the second person this month to die in the water off the barrier island in Cape May County.

Members of Wildwood Crest Rescue responded to the area of Syracuse Road around 4:00 for a report of a drowning, officials said.

When crews arrived, a beachgoer was performing CPR on a man at the scene. The man had been pulled from the water by other swimmers who noticed he had been unresponsive, police said.

The man was taken to Cape Regional Medical Center in Cape May, where he was pronounced dead. He was later identified as Joel Green, of Johnstown in Cambria County.

Investigators did not say whether a lifeguard was on duty at the beach, but reminded people only to swim at protected beaches while lifeguards are present.

The incident comes a week after 19-year-old Alfred Williams, of Drexel Hill, drowned off the coast of Wildwood near the beach at East Andrews Avenue. Williams was among a group of four swimmers who were in distress on June 1, prompting rescue crews to respond to the scene. One swimmer made it back to shore and two others were rescued, but Williams could not be found and was presumed to have drowned as the rescue effort became a recovery.

There were no lifeguards on duty at the beach when Williams drowned, officials said. Lifeguard staffing at beaches in Wildwood increases during the second half of June.