To pay for this convenience, Cape May County Bridge Commission is considering increasing tolls 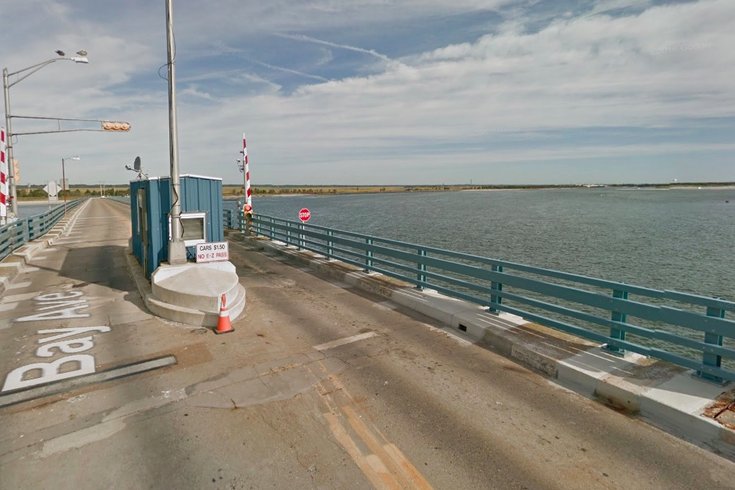 This screen capture show the toll booth on the Corsons Inlet Bridge, which connects Strathmere and Ocean City. The Cape May County Bridge Commission has announced it will begin accepting E-ZPass at this bridge and four other frequently traveled Jersey Shore bridge soon.

It’s hard to imagine chilling on the beach anytime soon, but once temps rise and thousands flock to the shore this summer, getting there could be a whole lot easier.

The Cape May County Bridge Commission are implementing new E-ZPass locations at five seaside bridges, meaning the days of handing over coins and paper bills to the booth operator are ever dwindling. Instead, drivers with an E-ZPass can float on through with automatic toll payments.

The commission is using this frigid, quiet month to test out E-ZPass, starting with the Ocean City-Longport Bridge. After a three-week test period, it will go live in February, OCNJ Daily reported.

For the time being, toll prices are remaining at $1.50, though there have been some attempts to increase on- and off-season fares.

The commission has proposed to raise peak-season toll fares to $2.50 and off-season fares to $2 to help pay for the E-ZPass installations, but that plan has not been finalized as some officials, including Sea Isle City Mayor Leonard Desiderio, have spoken out against the fare hikes.

Nonetheless, the E-ZPass option is a helpful method to cut down on traffic build-up on the toll bridges, though the commission is trying to avoid the opposite problem – speeding on the bridges – by installing gates at the Ocean City-Longport Bridge.