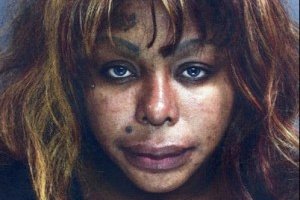 A New Jersey woman admitted Tuesday to injecting silicon into a man's penis during an enlargement procedure that led to the man's death.

According to NJ.com, Kasia Rivera, 38, of East Orange, pleaded guilty to giving Justin Street, 22, the fatal injection in 2011 that entered his blood stream and shut down his organs.

The death was ruled a homicide by medical examiners, according to prosecutors, and Rivera was charged with manslaughter and the unauthorized practice of medicine.

Rivera's guilty plea for reckless manslaughter was met in exchange for a five-year prison term. However, the judge said she may be deported to her native Jamaica due to her guilty plea.

For her plea deal, charges regarding unrelated cases, including injecting silicone into a woman's buttocks and breasts, will be dropped.

She was also accused of being connected to a man who allegedly tried to influence three jurors, attempting to bribe two, who were all dismissed from the trial by the judge.

Rivera said she didn't ask the man to do so, but the judge disagreed and revoked her bail, sending her back to prison.

Her sentencing is set for Oct. 19. Read more from NJ.com here.