Kevin Rubio, 19, fled the scene of the collision on Allegheny Avenue that took the life 17-year-old Jesus Gomez Rosario 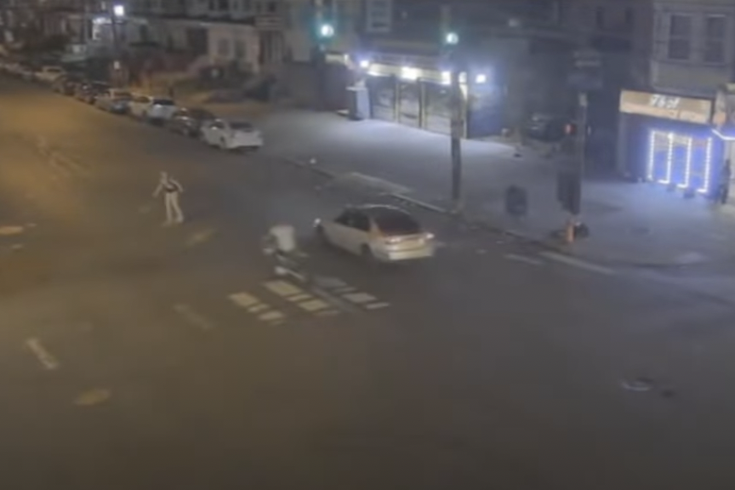 Dirt bike rider Kevin Rubio, 19, is in police custody and has been charged in connection with a hit-and-run crash on May 15 that fatally injured 17-year-old skateboarder and Esperanza Academy Charter School junior Jesus Gomez Rosario.

A dirt bike rider who crashed into a skateboarder in North Philadelphia earlier this month, causing injuries that killed the 17-year-old victim, surrendered to police on Thursday after a search lasting more than a week.

Kevin Rubio, 19, of the 3200 block of North Hancock Street, is charged with homicide by vehicle, involuntary manslaughter and related offenses stemming from the incident on May 15.

Prior to the collision, Rubio had been doing wheelies down the roadway, police said. He fled the scene after striking Rosario.

Investigators had released surveillance footage of the crash in an effort to locate Rubio.

Rosario was a junior at Esperanza Academy Charter School and had a range of hobbies including skateboarding, playing guitar and assisting as a DJ on local Spanish radio station La Unika 1680 AM. He had planned to take flight lessons and become a pilot after high school.

City Council last year increased penalties for riding a dirt bike in Philadelphia to $2,000 and confiscation, putting the vehicles in the same category as ATVs. Philadelphia streets are often crowded with large groups of ATV and dirt bike riders, particularly during the warmer months of the year.

Days after Rosario's death, a 29-year-old woman riding an ATV in Northeast Philadelphia was killed when she collided with another vehicle.

Philadelphia police have a no pursuit policy for ATV and dirt bike riders. The department conducts regular operations to seize the vehicles and identify where they are stored, but enforcement on Philadelphia streets remains minimal. New strategies to deter the use of the vehicles have not emerged despite public frustration mounting over the nuisance and dangers they pose when operated recklessly.

Family and friends of Rosario held a vigil for him last Thursday after he was laid to rest earlier in the day.