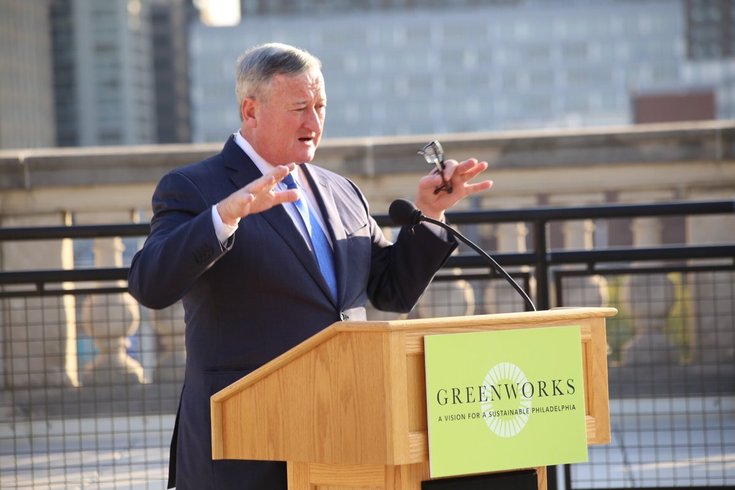 Mayor Jim Kenney announced his administration will continue the work started by his predecessor to make Philadelphia a more sustainable city.

On Wednesday, Kenney spoke at the Parkway Central Library in the city's Franklintown section to reveal his goals for a healthier, greener Philadelphia.

“The goal of our administration is to ensure that every Philadelphian – no matter what neighborhood they live in – is able to thrive and succeed," Kenney said. "Sustainability is a key part of ensuring that every resident is healthy, lives in a quality neighborhood, and has the opportunity to prosper."

The city's Greenworks program was launched in 2009 under then-Mayor Michael Nutter. As part of the city's Office of Sustainability, the effort identifies green projects through a collaboration with local residents, government, and business partners.

In the 40-page plan, Kenney and director Christine Knapp outlined eight long-term visions for the future, but noted that the biggest challenge facing the city is climate change. The effort will also focus on access to healthy food and drinking water, clean air, affordable energy, quality parks, affordable transportation and more.

“The success of Greenworks will depend on the many partners within and beyond city government who have embraced these visions and are already playing a leadership role in driving them forward,” Knapp said.

For more information, visit the Greenworks page on the city's website.