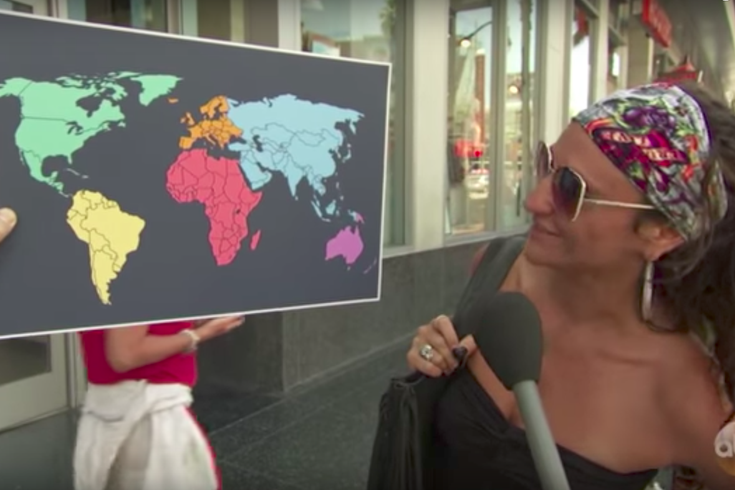 "Jimmy Kimmel Live!" took to the streets of Los Angeles to find out if average Americans could find North Korea on a map.

Could you point out North Korea on a world map?

Don't get ahead of yourself. Turns out, a lot of Americans just can't. "Jimmy Kimmel Live!" took to the streets of Los Angeles earlier this week to ask passersby to point to the country after President Donald Trump promised to respond with "fire and fury" if North Korea continues its threats toward the U.S.

“North Korea is the bigly story of the day, if not the year,” Kimmel said during Tuesday's episode of the show.

The "Live!" crew stopped a handful of people along Hollywood Boulevard. A few thought that North Korea was somewhere in North America, while others pointed to the continent of American ally, Europe.

"You know what, I'm really good at geography, but this is very embarrassing," one person said before pointing to just about the entire continent of Asia. Closer!

Maybe somewhere in the Middle East? That's what one woman thought, at least.

"The scariest part about North Korea is that it could be anywhere," said a man from Kimmel's crew responsible for asking the tough question.

Time to head back to the classroom, perhaps? Read more about North Korea's outlined plan to launch missiles toward U.S. territory here or watch the clip below: