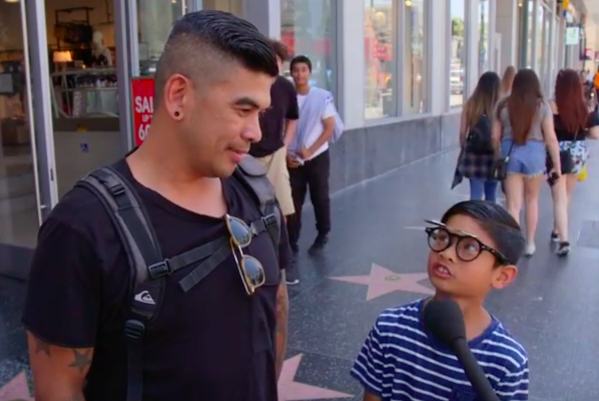 On "Jimmy Kimmel Live!" kids open up to their fathers about the worst things they've ever done.

Late night host Jimmy Kimmel opened eyes last month when he revealed his newborn son had been diagnosed with severe heart defects and was required to undergo emergency surgery. In a powerful monologue, Kimmel discussed the fundamental importance of having access to healthcare when such situations arise.

In the run-up to Father's Day, "Jimmy Kimmel Live!" took to the streets for a segment to turn Father's Day on its head. Joined by their fathers, kids and teenagers were asked to reveal the worst things they've ever done. The key is that it had to be something dad didn't exactly know about.

What better way to appreciate your father than to remember the various things they put up with and shoulder for the sake of our survival and happiness? Maybe it's best to keep these stories to ourselves, but we're glad Kimmel got a handful of kids to open up. These are some pretty cool dads, even if the kids would never admit it.