Did John Fetterman reference 'It's Always Sunny in Philadelphia' during his victory speech? 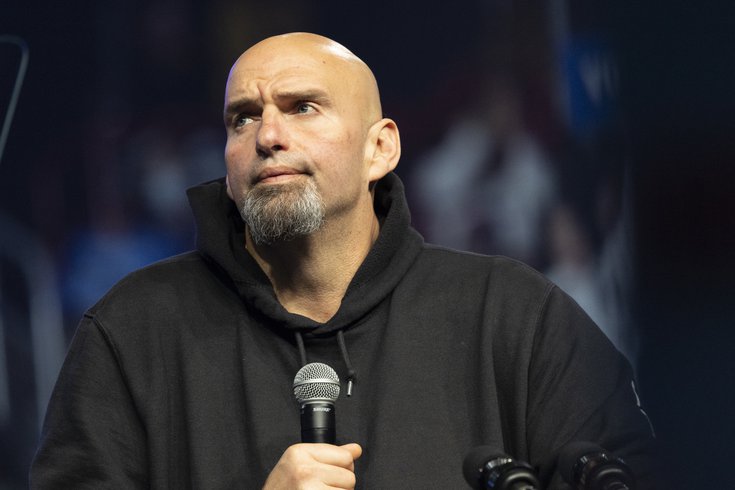 John Fetterman celebrated his victory over Dr. Mehmet Oz in Pennsylvania's U.S. Senate race with a speech in front of a crowd in Pittsburgh. He may have borrowed a quote from Dennis Reynolds of 'It's Always Sunny in Philadelphia.'

Pennsylvania Lieutenant Gov. John Fetterman won one of the most closely-watched midterm elections on Tuesday against Republican Mehmet Oz in the race for U.S. Senate, putting an exclamation point on the long night with a victory speech in front of a spirited crowd in Pittsburgh.

One of the hallmarks of Fetterman's campaign was embracing meme culture with a deftness that typically eludes political candidates, who tend to come across as stiff when they try too hard to seem "with it," whatever that actually means.

The way Fetterman wove his critiques of Oz into his campaign's social media strategy was pretty brilliant, including his mash-up of "The Simpsons" that compared Oz's dubious medical advice to the shameless cure-hawking of the cartoon's sleazy Dr. Nick character.

But early Wednesday morning in Pittsburgh, Fetterman may have dug deep with a reference to "It's Always Sunny in Philadelphia," one that would have been easy to miss without a trained ear for the show. Rolling Stone entertainment editor Marlow Stern was the first to pick up on the possible nod to Dennis Reynolds.

fetterman: "we jammed them up"

*i'm pretty sure this is a nod to 'always sunny'

During Fetterman's victory speech, he talked about his campaign strategy of focusing on every county in Pennsylvania in order to cut into Republican margins throughout the state.

"Every county, every vote," Fetterman said. "And that's exactly what happened. We jammed them up! We held the line!"

Now take a look at this clip from Season 3, Episode 14 of "It's Always Sunny in Philadelphia," in which Dennis impersonates a police officer and makes a habit of saying the same thing to the people he accosts.

Is this a coincidence? Maybe. How many people do you hear talking about "jamming" others up on a regular basis? Fetterman didn't smirk when he said it, so maybe it was the subconscious, or maybe this is just the "Always Sunny" brain superimposing the show over real life whenever and wherever possible.

Fetterman's victory reportedly left former President Donald Trump, who had endorsed Oz, "furious" over the decision to back the retired surgeon on the recommendation of some of his advisors and even his wife, Melania. Trump forcefully denied these reports, calling them "made up out of thin air."

The Trump-Oz pairing may have been strained and awkward all along, based on a disturbing story Jimmy Kimmel said Oz relayed before the endorsement. Trump also had the option to back former hedge fund manager David McCormick, who lost a tight primary race to Oz that may have been tipped by Trump's decision.

Fetterman figures to become one of the more intriguing and outspoken figures in Washington, D.C. over the coming years. To be determined whether he keeps the memes rolling now that he's headed to the Senate.