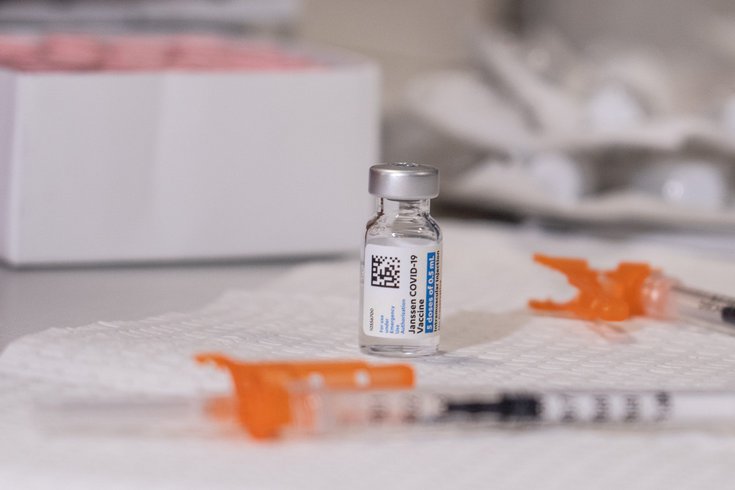 A second dose of Johnson & Johnson's COVID-19 vaccine given two months after the first shot offers 94% protection against infection, an efficacy rating comparable to those the Pfizer and Moderna vaccines produced during clinical trials, new data shows.

Company-led research found antibody levels were 4-6 times higher than after a single shot – the regimen authorized by the U.S. Food and Drug Administration. And when a second dose was given six months later, antibody rose 12 times higher.

Those findings were among three studies that Johnson & Johnson released Tuesday showing its single-shot COVID-19 vaccine offers long-lasting protection and can be boosted safely with an extra dose.

"It is critical to prioritize protecting as many people as possible against hospitalization and death given the continued spread of COVID-19," said Dr. Paul Stoffels, J&J's chief scientific officer. "A single-shot COVID-19 vaccine that is easy to use, distribute and administer, and that provides strong and long-lasting protection is crucial to vaccinating the global population.

"At the same time, we now have generated evidence that a booster shot further increases protection against COVID-19 and is expected to extend the duration of protection significantly."

The shot was 79% protective against symptomatic infection.

The study, published online as a pre-print, compared 390,517 vaccinated individuals to 1.5 million unvaccinated people matched on age, sex, ZIP code and other factors from March to late July.

In states with high transmission of the delta variant, COVID-19 cases were higher among both vaccinated and unvaccinated participants, researchers found. The vaccine's overall efficacy was 78% during June and July, when the delta surge began, suggesting the variant had little effect on its efficacy.

A second study – an ongoing Phase 2 trial of a booster shot given 56 days later – found the vaccine to be 100% effective against severe COVID-19 and 94% protective against symptomatic illness in the United States. Globally, its efficacy rating was 75%.

Dr. Dan Barouch, head of Beth Israel Deaconess' Center for Virology and Vaccine Research, told CNN that the vaccine may appear less effective in other countries because other variants, including beta, were circulating elsewhere. The beta variant can more easily evade protection of vaccines.

Johnson & Johnson plans to submit this data to the FDA for consideration of adding a second shot to its COVID-19 vaccine regimen.

The J&J vaccine has been used to fully vaccinate about 14.6 million people in the United States, according to data from the Centers for Disease Control and Prevention. About 99.3 million fully vaccinated people have received the Pfizer-BioNTech vaccine; 67.7 million have received Moderna.

While all three federally authorized vaccines have made significant inroads in the fight against COVID-19, breakthrough infections with the delta variant have been increasing, raising the question of whether booster shots are needed.

Earlier this month, the CDC released data suggesting fully vaccinated people accounted for about one-fifth of COVID-19 cases from June 20 to July 17. Prior to the delta variant's emergence, they made up about 5% of cases.

The CDC findings, which included data from 13 jurisdictions nationwide, found the J&J vaccine to be 60% effective against hospitalization. By contrast, the two-dose Moderna and Pfizer vaccines, which each use mRNA technology, were 95% and 80% effective, respectively.

Last week, an FDA advisory voted against recommending Pfizer's booster shot for the general population, but advocated boosters for people ages 65 and older and people with underlying medical conditions. The FDA still must formally decide on the matter.

Johnson & Johnson's single-dose vaccine was given emergency use authorization by the U.S. Food and Drug Administration on February 27.