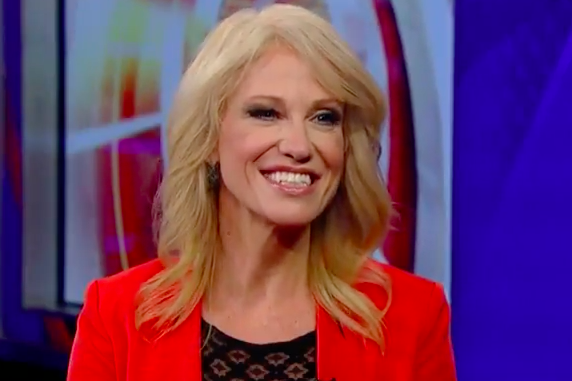 Defending her boss during a Sunday morning appearance on Fox News' "Media Buzz," White House counselor to the president Kellyanne Conway claimed most media outlets ignore sexist attacks against her because she is a conservative.

In a ranging discussion with host Howard Kurtz, Conway first addressed President Trump's visits to Poland and Germany for the G-20 summit, hammering major media networks for failing to devote proportionate attention to domestic initiatives for the economy and veterans.

“I think the media spend too much time talking about themselves and covering issues they think are important to them or that they want the American public to focus on," Conway said.

Questioned about the president's frequent outbursts on Twitter — specifically, Trump's "face-lift" tweet directed at MSNBC host Mika Brzezinski — the New Jersey native again dismissed the issue as a diversion from the rest of Trump's agenda.

"Isn't he doing what you're accusing the media of doing," Kurtz asked, "which is distracting from the things that Americans really care about?"

"No, because look at everything he's doing," Conway replied. "That's all they're doing. What is he doing every single day."

When the conversation turned to Conway personally, Kurtz asked why she believes there aren't many stories highlighting sexist attacks against her.

"You're not going to see those stories because I'm a conservative," Conway answered. "I work for President Trump and I'm pro-life. Any questions? That's OK. In other words, you have no idea because we live in the bubble."

In May, Conway told Business Insider that despite the impression of Trump as a misogynist, women who work in the White House are heard, seen and listened to whenever they have input to share. A "Saturday Night Live" skit that likened her to a stalker in the film "Fatal Attraction" drew criticism from some corners as a sexist attack.

Conway said Sunday that most of the hostility against women in prominent roles tends to come from other women.

"You've got to see, because it happened to Sarah Palin and it even happened to Hillary Clinton back in the day, you've got to see most of the attacks that are specious and gratuitous about what women look like, or what they wear, it comes from women and people should look at that."