Unsurprisingly, the ketogenic diet was the most-Googled diet in 2018 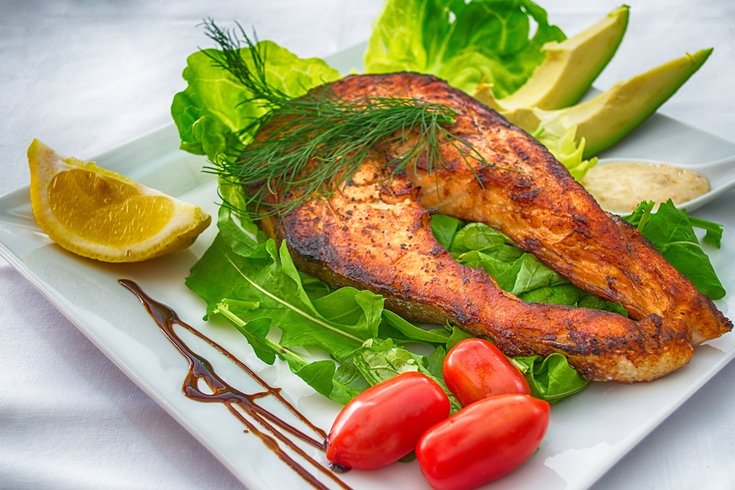 Google recently released its Year in Search 2018 data, outlining the most popular questions the world has posed to the search engine this year. Many topics were covered on the most-searched list, from celebrities to “how to vote” and, in terms of health, the extremely popular ketogenic diet was the most-searched diet in 2018.

From celebrities like Vinny from the Jersey Shore (@ketoguido) and Kourtney Kardashian endorsing the low-carb, high-fat diet to seeing keto-weight loss stories all over Instagram — BTW, #keto has more than 9.3 million Instagram posts — it’s no surprise that people were looking into the keto trend for themselves.

RELATED READS: Google's Year in Search 2018: Nobody knows where Villanova is located

But what's wild is that this “sexy diet trend” has been around for almost a century, and was originally used to treat epilepsy. In the 1920s, doctors discovered that starvation forces the body to burn acid-forming fat for energy. And acid, aka "ketones," is actually beneficial for people with epilepsy, because it lowers brain electricity, which can prevent seizures from occurring.

This was a major medical breakthrough, but doctors quickly realized that fasting is not a sustainable long-term solution for anyone (people require food to live, after all). Luckily, they figured out that a low-carb, high-fat diet could lead to the same results, and be just as effective for treating epilepsy. Thus, the "ketogenic diet" was born.

Today, dieters utilize the ketogenic diet as a method for weight loss, maintenance or plain 'ol healthy eating. The ketogenic diet involves bringing carbohydrates down to less than five percent of a person’s daily caloric intake – which means eliminating most grains, fruit, starchy vegetables, legumes and sweets. That lack of carbs is replaced by calories with fat.

That fat is then turned into “ketone bodies,” which are an alternative energy source: besides glucose derived from carbohydrates, ketones from fat are the only fuel the brain can use, according to scientists at the University of California San Francisco.

This diet is no joke: 70 to 80-percent of your daily calories on a keto regimen are derived from fat, and about five percent come from carbohydrates, which can be a huge change for most people consuming the Standard American Diet, per the Cleveland Clinic.

So, on keto you're eating around 20 grams of carbs a day, including fruits and vegetables. Plus, you're not supposed to eat starchy foods like bread, rice, potatoes, or beans. No dairy, including milk and yogurt, and absolutely no sugar, either, according to the Cleveland Clinic.

Needless to say, the diet isn’t for everyone. But some people achieve great success via this low-carb diet.

Now, we're left to ponder the diets that will rule the school in 2019.