Kevin Cooney: Baseball — and life in general — is rounding third and heading home

One year after baseball shut down, it's fair to wonder what the vaccine means for the sport in 2021 and beyond. 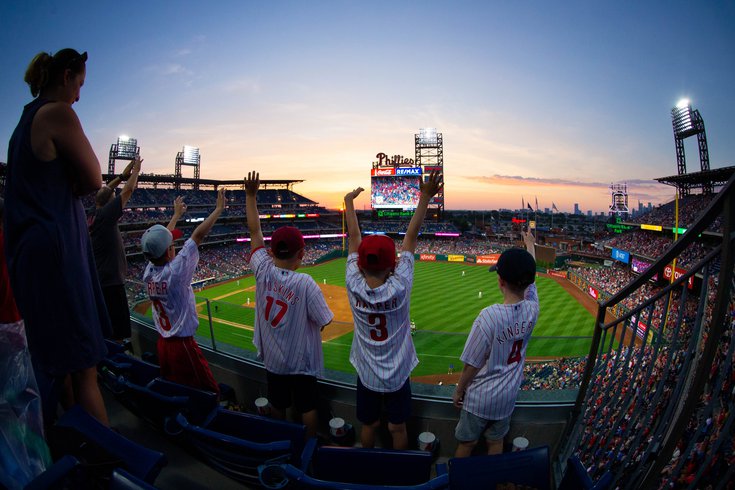 For the first time since 2019, fans will return to Citizens Bank Park next month.

The nurse grabbed a blue pen and neatly filled out the neatly next to the line “COVID Dose Number 2.” She handed the index card back to me after the 15 minute waiting period was over.

“Here you are, Mr. Cooney,” she said. “Congratulations.”

Exactly one year earlier, long before from my second vaccine shot, I was sitting with my stepson at the Flyers-Bruins game at Wells Fargo Center – the next-to-last professional sporting event in Philadelphia before the shutdown. We had just returned from a week in Clearwater at spring training, where signs were starting to look ominous about what was taking place. When I left the arena that night, I wondered what was going to happen next, never imagining what actually would.

Throughout this nation, more and more people are going to be experiencing these moments over the next few months. Silent realizations that the fear that has engulfed our lives — and taken far too many of our friends and neighbors — may soon be lifting for a state of “new normalcy.”

Baseball is one of those sports that has its romanticism from being in the building with Mom and Dad, seeing the green grass and everything else that goes along with the in-park experience. Yes, television contracts can pay a large portion of the bills for the overall entity of Major League Baseball. As we found out in 2020 – and unfortunately, some baseball employees realized the hard way — the lifeblood of a franchise comes from the customers who pay $20 to park, $200 for four tickets and eventually become season ticket holders.

Already, some organizations are starting to open the doors again.

The Phillies will have 8,100 people at Opening Day on April 1 — roughly 20 percent of Citizens Bank Park’s capacity. The Texas Rangers announced on Wednesday that they will have a full capacity of 40,000 when they open Globe Life Park — its two-year-old home that has seen more in World Series attendance than it has for Rangers games in its history — in April.

In Maryland, the Orioles announced that they will have 50 percent attendance at the start of the season at Camden Yards after Governor Larry Hogan’s lifting of some COVID-19 restrictions. If you’ve seen the Orioles play in the past four years, the actual capacity probably will barely reach 50 percent of that 50 percent for teams not named the Yankees.

All those numbers are great, but it doesn’t answer the simple question: will fans want to come back right away or will it take some time?

We all want to believe that people are going to storm the gates to get back in. Hell, the Phandemic Krew did that last year when they weren’t even allowed in. After all, there’s this urge to want to get back to living that hasn’t been felt in this country since the final days of World War II, when rations were lifted and troops returned from overseas. People want to go on vacations, catch up with distant family members they may have missed during the pandemic and reclaim large parts of their lives.

That is balanced out, however, by the fact that many people will never look at things in the same way. After a year being told to stay socially distant and six feet away from one another, the idea that everybody will gladly crowd back into tight seats with total strangers six millimeters apart and stand in long concession lines may be too much to handle. It is the same dilemma that concert venues, amusement parks and movie theaters may all run into.

Baseball is going to be the first sport that is going to test the appetite of how much people want to go back to the ballpark or if the routine that drew them there was broken in the one-year break. While the NHL and NBA are starting to let fans back into buildings, it is in a more controlled setting that will likely carry through the remainder of their seasons and playoffs. As the vaccines start to roll in and the numbers continue to increase, the figures for places like Citizens Bank Park are likely to rise barring a huge setback in COVID-19 cases.

It is going to be critical that teams make efforts to reassure fans about their facilities and the safety of them. The hand sanitizing stations around the ballpark should probably continue for the foreseeable future. Perhaps finding ways to cut the lines down at concessions would be another. And while it is understandable that teams like the Rangers would want to make as much as possible, perhaps the idea of a full capacity isn’t necessarily the best idea for 2021 until people feel more comfortable about getting back into that routine.

For the past year, I wouldn’t have dreamed of being near a ballpark, a theater or anywhere else with a large number of people. I had a lot of the things that were high risk factors that kept me away in 2020. To risk it all just seemed foolish.

But the first thing I did when I got home from getting the vaccine was look at a schedule and see when I could take my stepson back to the ballpark. For the first time, it felt like life had returned to normal.

MORE: Cooney: A critical year looms ahead for the Phillies