Canadian Hall of Famer, who spent six seasons in Philadelphia, succumbed to cancer 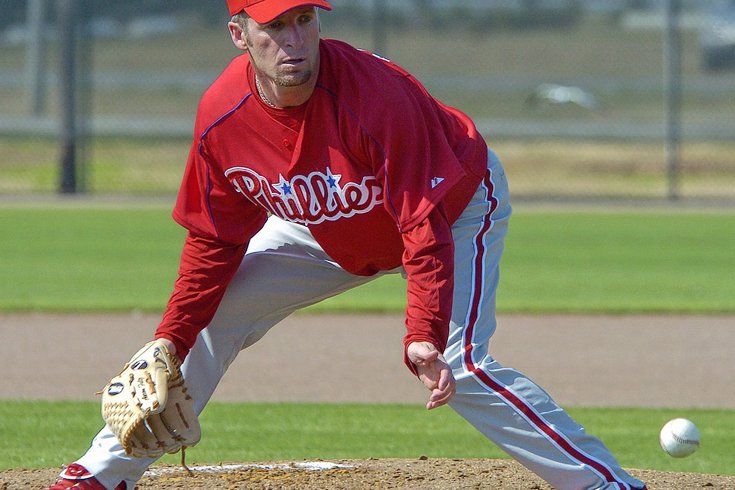 Rhéal Cormier is pictured above at Phillies spring training for pitchers and catchers in Clearwater, Florida on February 17, 2006. Cormier, who spent six seasons with the Phillies, died on March 8, 2021 at the age of 53.

Former Philadelphia Phillies reliever Rhéal Cormier, affectionately known as Frenchie, died Monday at the age of 53 after a lengthy cancer battle, according to the team.

We are saddened to learn of the passing of former relief pitcher Rheal Cormier after a courageous battle with cancer: https://t.co/VqcNlKcYCf pic.twitter.com/FB6wXMnlW5

Cormier, a native of Moncton in New Brunswick, Canada, had a 16-year MLB career that included a six-year stint as a reliever with the Phillies from 2001-2006, appearing in 363 games for the team. Cormier also played for the Cardinals, Red Sox, Expos and Reds, posting a career ERA of 4.03 over 683 appearances, including 108 starts.

“Rhéal was one of the most vibrant people I’ve had the pleasure of knowing,” former teammate Jim Thome told MLB.com. “He loved baseball, but he always put his family first. Frenchy was the kind of guy who would do anything for you and I’m lucky to have called him my friend for many years. Our time spent together in Philadelphia as teammates was unforgettable. He will be greatly missed but never forgotten.”

In 2003, Cormier's best season in Philadelphia, he went 8-0 with a 1.70 ERA. His 84 appearances the following year is a standing Phillies record for left-handers.

A member of the Canadian Baseball Hall of Fame, Cormier played twice in the Olympics in 1988 and 2008. He also earned U.S. citizenship in 2004 while he was a member of the Phillies.

In January 2020, Cormier was diagnosed with a tumor in his lungs. He later died of pancreatic cancer.

Sorry to hear of the passing of one of the first teammates to take me under his wing...RIP Rheal Cormier my prayers go out to ur family and friends! 🙏🏻 #RIP @Phillies

RIP “Frenchy” ... Rheal Cormier lost his battle with cancer. One of my all time favorite teammates. Big heart, spent 2yrs sitting next to him in the @Phillies bullpen (2002-2003)... he made everyone he played with better...keep throwing that 3-2 splitter in heaven. RIP my friend. pic.twitter.com/lGDGBCm8T2

🙏IN MEMORIAM: Former Phillies relief pitcher Rheal Cormier died today after courageous battle with cancer; 53 years old. Spent more time in a Phillies uniform than any other during his 16-year career; 363 games, more than any other Phils LHR except Tug McGraw. RIP, friend. pic.twitter.com/bhc3dAKNij

In 2003, Rheal Cormier gave up five earned runs in his first appearance of the season, and was lustily booed during introductions at the home opener. He proceeded to give up only 11 earned runs the rest of the year

That’s how you handle getting booed

We are devastated to learn of the passing of former National Team player and Canadian major leaguer Rhéal Cormier. Our immediate thoughts are with Rhéal’s family and loved ones during this difficult time. ❤️ pic.twitter.com/i1c4nfgtCp