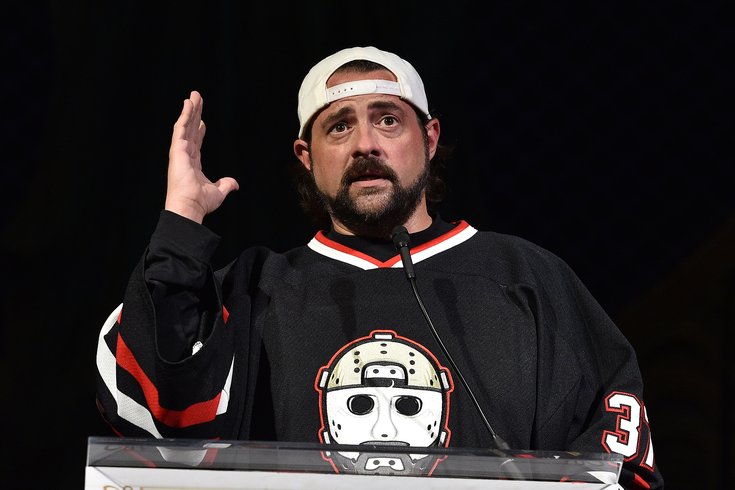 New Jersey native and cult movie director Kevin Smith is back on his feet after a suffering a terrifying heart attack during a pair of stand-up shows in late February. He's even gone vegetarian to keep healthy, somehow losing 17 pounds on a strict potato diet.

Smith is a huge podcaster, hosting several shows that touch on various topics within and outside the film industry.

He's apparently a fan of the direction Marvel and Warner Bros. went with the record-setting "Black Panther," which departed from the shared universe concept in favor of writing a film that was internally coherent. Speaking on his "Fatman on Batman" podcast this week, Smith argued that DC and Warner Bros. should consider taking a similar approach with a Batman movie (transcript via MovieWeb):

"I would do what (Warner Bros.) are doing right now, which is, let's just start making movies that aren't connected. Don't worry about that universe, don't worry about tying things together. They were masters at this sh*t. They mastered the comic book movie in the '70s with Superman, in the late '80s, early '90s with Batman, they have the f*cking Dark Knight trilogy, they should be able to do this in their f*cking sleep..."

"...I don't think they should just be making f*cking 200 million-dollar f*cking Batman movies. They don't need to. You can do a f*cking 15 million-dollar cool horror version of that movie, sh*t, for even less. Arkham Asylum, if they were ever gonna do Grant Morrison's Arkham Asylum, takes place in one f*cking location, man. Bunch of spooky rooms with the rogue's gallery. Everybody's f*cking in it."

Film and comic fans are looking for ways to keep up the spirit of the moment created by "Black Panther," an Afro-centric movie that further signals several important shifts in the movie industry. To Smith's point about containing budgets, it's worth remembering that Jordan Peele's Oscar-winning "Get Out" cost just $5 million compared to the reported $200 million for "Black Panther."

What would a Batman horror movie look like? Well, if even "The Lego Batman Movie" could garner positive reviews by mining the superhero's insecurities, a more serious psychological turn that blends nightmare and reality could play well with an audience whose investment in Bruce Wayne has been proven time and again.

Check out the full podcast below.