There's a lot of campaigns on Kickstarter, some may even say too many. Occasionally, we'll highlight one local entrepreneur working on a project that impacts the community in a positive way. 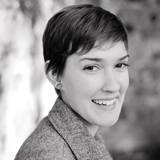 WHO: Graduate student in the music therapy department at Immaculata University. Parker has previously appeared on "The Today Show" where she led the "The Joybells," a bell choir composed of adults with intellectual disabilities:
WHAT: Research project that "will focus on the use of music therapy interventions in the prevention of the manifestation of early-onset Alzheimer's disease in individuals with Down syndrome." To promote her campaign, Parker has posted several song covers on her YouTube page:
WHY DONATE: Individuals with Down Syndrome are more likely to develop Alzheimer's and can start developing symptoms at a much earlier age. Parker's research follows similar work that has shown music therapy can address the neurological plaque which causes this, which is important because prevention is seen as the most effective way to treat Alzheimer's.
RELATED STORY: Music therapy program aids patients with Alzheimer's
HOW MUCH: Parker is seeking $30,000 for her research, which includes $24,000 in tests and scans to complete the study.
Interested or want to know more? Go here.