Gender disparities in kidney disease may be explained by differences in organ decline, study finds 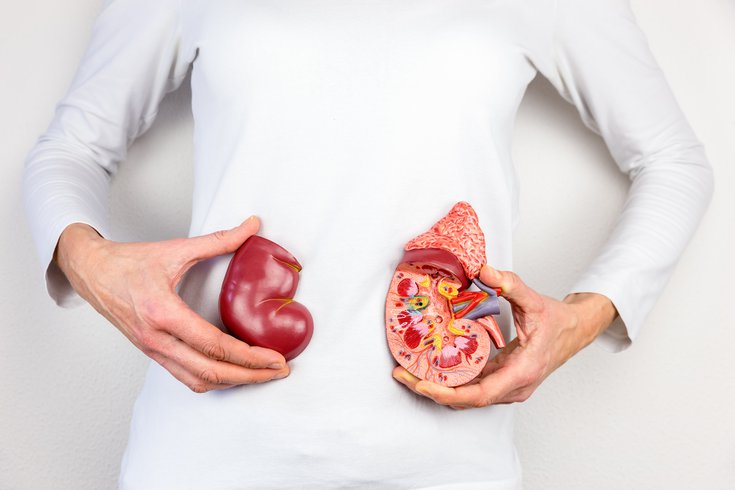 People living with chronic kidney disease experience the gradual loss of kidney function. When the kidneys aren't working properly, dangerous levels of fluid, electrolytes and waste can build up in the body.

Scientists have not been able to fully explain the underlying cause of this paradoxical disparity. But new research provides some insight, suggesting that men's kidney function declines more rapidly as they age.

In a 13-year study of 1,837 adults, researchers found that middle-aged women tended to have lower kidney function than men during the first several years of the study. But as time passed, men saw a sharper decline in kidney function.

Chronic kidney disease causes the gradual loss of kidney function. When the kidneys aren't working properly, dangerous levels of fluid, electrolytes and waste can build up in the body. Kidney failure means that 85-90% of kidney function is gone. End-stage kidney failure is fatal without dialysis or a kidney transplant.

"The study may in part explain why more women are diagnosed with early CKD and more men develop severe CKD and kidney failure during aging," said Dr. Toralf Melsom, a researcher in Norway. "Accelerated loss of kidney function has been associated with premature death in previous studies. The role of age-related loss of kidney function on healthy aging and life expectancy in women and men should be addressed in further studies."

Previous studies have suggested that men may have a higher risk for kidney failure because they are more likely to lead an unhealthy lifestyle. Differences in hormone levels also may be a factor. Estrogen has been found to be protective against kidney disease while higher levels of testosterone may increase risk of kidney damage.

Despite this, urinary tract infections and kidney damage during pregnancy complications, such as eclampsia, are thought to increase a women's risk for chronic kidney disease.

Other studies have pointed to differences in how the male and female kidneys handle salt and filter toxins. Experts say that more research is needed to explore these mechanisms.

Most people lose part of their kidney function as they age. A Global Disease Burden study estimates that chronic kidney disease will becomes the fifth most common cause of years of life lost by 2040.

Though there is no cure for kidney disease, the National Kidney Foundation emphasizes that there are ways for men and women to protect their kidneys. Women should treat urinary tract infections immediately and start prenatal care as early as possible during pregnancy.

Men who take prostrate or hormone treatments are advised to talk to their doctors about their potential effects on their kidneys. And if they have an enlarged prostate, they should have it checked to see if it is causing a blockage in the urinary tract.

Men and women are recommended to get their kidneys checked once every year. It is also important to keep any chronic conditions, such as high blood pressure or diabetes, under control. People with chronic kidney disease should avoid using non-steroidal anti-inflammatory drugs, such as ibuprofen and naproxen. Practicing a healthy lifestyle, including a healthy diet and exercise, also helps protect kidneys from damage.