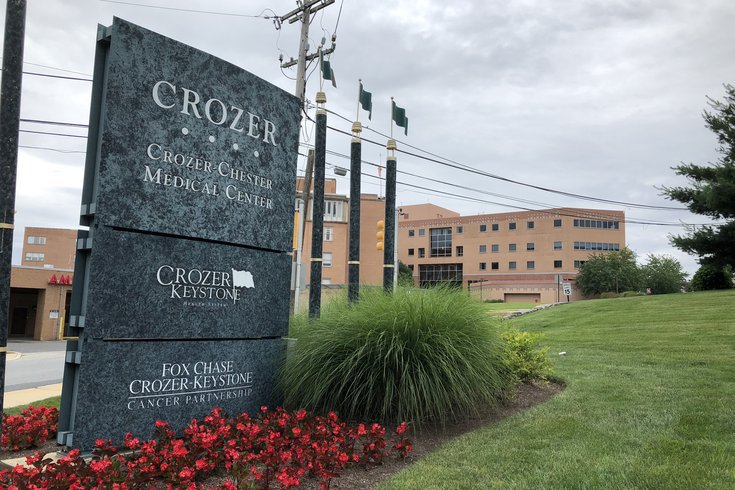 Delaware's biggest healthcare provider, ChristianaCare, has backed out of a plan to purchase Crozer Health, a struggling system of four hospitals in Delaware County. Crozer Health said it plans to transition back non-profit status, which it held before it was acquired by for-profit Prospect Medical Holdings in 2016.

A purchase agreement that would have brought Delaware County's struggling Crozer Health hospitals into the fold of ChristianaCare will not move forward, the organizations announced Thursday. Crozer Health, now owned by the for-profit Prospect Medical Holdings, will instead seek another path to transition back to non-profit status.

In February, the Delaware-based hospital system signed a letter of intent to expand the ChristianaCare footprint into Pennsylvania with the purchase of Crozer Health's four hospitals. The deal would have increased the network of private, non-profit hospitals from three to seven.

Months of negotiations to finalize the purchase from Prospect Medical Holdings failed to produce an agreement.

"Since the signing of the (letter of intent) in February, the economic landscape has significantly changed, impacting the ability of the sale to move forward," ChristianiaCare said. "Both organizations worked very hard to reach a final agreement and have significant respect for each other, and remain committed to caring for the health of those in Delaware County."

Specific reasons why negotiations broke down were not provided.

In addition to the four hospitals, the abandoned deal would have included Crozer's other assets, including its physician network, behavioral health providers and graduate medical education program.

Crozer Health has about 4,000 employees working across its system, which includes the Crozer-Chester Medical Center in Upland, the Delaware County Memorial Hospital in Drexel Hill, the Taylor Hospital in Ridley Park and the Springfield Hospital.

In a letter to Crozer Health staff on Thursday, the organization told employees that it is still pursuing a transition back to non-profit status, which it had before Los Angeles-based Prospect Medical Holdings acquired the hospital system in 2016.

"(We) will continue discussions on forming clinical partnerships and integration models with ChristianaCare, in addition to other healthcare providers,” the letter said.

The letter also said Springfield Hospital will be reopened as an outpatient complex with an emergency department, medical offices, ancillary services and ambulatory surgery center. The company said 60% of Crozer Health's revenue comes from outpatient services.

The problems with Crozer Health have driven a push by lawmakers in Delaware County to eliminate for-profit health care systems in Pennsylvania. Prospect Medical Holdings was the subject of a ProPublica investigation in 2020 that found the company's previous owners — Leonard Green & Partners — had siphoned money from the business before selling it in 2019. That decision left many of its hospitals in dire financial straits.

“What’s happening with Crozer Health is a tragedy and underscores the need for legislators to work to protect our local healthcare systems from manipulative and predatory private-equity practices in the future,” Sen. Tim Kearney (D-Chester/Delaware) said in June. “We want to give the state more oversight over these transactions and create other policies that deter these bad actors from looting our healthcare systems and then running once the resources vanish."

On Thursday afternoon, Kearney said he was "deeply troubled" to learn that ChristianiaCare would not acquire Crozer Health, which had been welcomed by local officials when the letter of intent was announced in February.

"It is no secret that our community has been collectively outraged at the state of the Crozer Health system which deteriorated under the ownership of the for-profit company known as Prospect Medical Holdings," Kearney said in an emailed statement.

Crozer Health didn't say Thursday what kind of timeline it foresees for its plans to return to non-profit status. Kearny suggested that the deal falling apart with ChristianiaCare "is sparking local moves" that will facilitate that objective.

"Although it appears we are further away from our initial goal, the goal remains the same," Kearney said. "We must work toward returning Crozer Health to nonprofit status, prioritizing patient care, and providing everyone with the stable healthcare system that we need and deserve. “