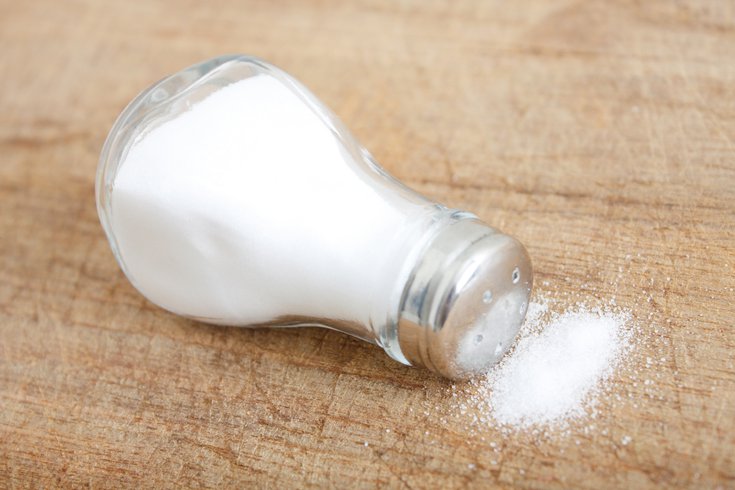 U.S. Dietary Guidelines recommend people consume no more than 2.3 grams of sodium per day. But the average American consumes 3.4 grams of salt.

About 90% of the U.S. population consumes too much sodium, mostly in the form of salt.

High salt consumption can lead to high blood pressure, a major risk factor for heart disease and stroke, the American Heart Association says. But cutting back 1 gram per day can go a long way toward improving a person's heart health.

A new study from China found that such a reduction would lower the average systolic blood pressure by 1.2 mm/Hg and prevent 9 million heart disease and stroke cases in the country by 2030, including 4 million fatalities. China has one of the highest daily salt intakes in the world; nearly 40% of deaths in the country are cardiovascular-related.

But the research has implications for U.S. residents, too.

The U.S. Dietary Guidelines recommend consuming no more than 2.3 grams of sodium per day. But the average U.S. residents consumes 3.4 grams per day, according to the U.S. Centers for Disease Control and Prevention.

Last year, the U.S. Food and Drug Administration issued new guidance asking food manufacturers and restaurants to reduce the amount of salt in their products over the next 2 1/2 years. The FDA's goal is to reduce the average American's sodium intake by 12% – to 3 grams per day. Though the new goal is still higher than the current recommendation, many public health experts say it is a step in the right direction.

One analysis found that reduced salt consumption is beneficial even in people with law sodium intakes and normal blood pressure. The researchers found that heart health is improved by eating a healthier diet and reducing salt intake to less than 1.5 grams a day.

Additionally, people who add extra salt to their food at the table are at higher risk of dying prematurely, according to another study of more than 500,000 people.

Though reducing daily salt consumption can be challenging, nutritionists say small steps can make a significant difference. That includes eating out less and buying less processed foods and more lean meats, whole foods and foods high in potassium. Almost 70% of sodium is consumed from processed and restaurant foods, according to the CDC.

Nutritionists also recommend people carefully read labels to track the amount of sodium that foods contain. Ham, lunch meats, hot dogs, sausage and other processed meats are particularly high in salt. So are condiments, sauces and dressings. Pre-packaged foods, such as canned vegetables, snacks and ready-to-make meals, are often high in sodium, too.

Seasoning food with healthier seasonings such as turmeric, cayenne, ginger and oregano also can make a difference. It increases the taste quotient in healthier meals.

The DASH (Dietary Approaches to Stop Hypertension) diet is a popular, heart-healthy diet that can help prevent or reduce high blood pressure. It is a diet low in sodium, cholesterol and saturated and total fats. It emphasizes eating fruits, vegetables, fiber, potassium and low-fat dairy products.