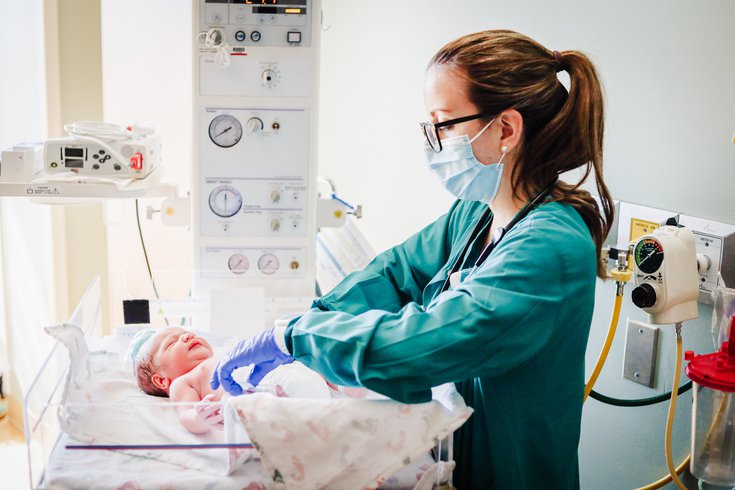 Early term babies – those born at 37 and 38 weeks – have a higher risk of developing attention-deficit/hyperactivity disorder than those born at full term – anything after 39 weeks, a Rutgers University study finds.

Babies born prematurely are known to have a higher risk of various complications and long-term health conditions, including attention-deficit/hyperactivity disorder.

But babies born just a bit early – at 37 or 38 weeks – also have a high risk of developing ADHD, a new study from Rutgers University suggests.

Researchers found babies born at 37 to 38 weeks – an early-term birth – had 23% higher scores for hyperactivity and 17% higher ADHD scores compared to those born at 39 to 41 weeks. Babies born prior to 37 weeks are considered premature.

The findings support current recommendations to delay elective caesarean section births until the unborn baby reaches 39 weeks, the researchers said. They also emphasized the the importance of regular screenings for ADHD symptoms among children born at 37 to 38 weeks.

"Significant growth and development in various kinds of brain cells are observed between 34 and 40 weeks of gestation," said researcher Nancy Reichman, pediatrics professor. "Infants born at full-term likely benefit from the additional one to two weeks of brain growth in utero compared with those born early-term."

For every week that babies stayed in their mother's wombs, hyperactivity scores dropped by 6%, the researchers found. Scores for ADHD and cognitive attention dropped by 5%. There was no link to oppositional behavior.

In people with ADHD, a pattern of inattention and/or hyperactivity-impulsivity interferes with functioning and development. Symptoms include being fidgety, frequently interrupting conversations, a difficulty focusing on a task, a lack of impulse control, emotional overreactions, a lack of organizational skills and forgetfulness.

The researchers analyzed data on 1,400 9-year-old children born in 20 U.S. cities between 1998 and 2000. Their mothers were interviewed multiple times by researchers over the years. Their teachers also were asked to evaluate them for symptoms of hyperactivity, ADHD, oppositional behavior and cognitive difficulties.

The study was the first to include teacher reports, which are important for the diagnosis of ADHD, Reichman said. Mother-reported symptoms generally focus on behaviors in the home or in social settings – not a structured educational environment.

Previous research has indicated that early term babies have more adverse outcomes than babies born at least 39 weeks. The outcomes include low blood sugar, breathing difficulties, a need for antibiotics.

Premature babies have the highest risk of adverse outcomes. They can develop problems with their lungs, brain, eyes and other organs. They can have delays in physical development, learning and speech. Cerebral palsy, a group of conditions that affect muscle control, walking and balance, also can be a complication of premature birth.