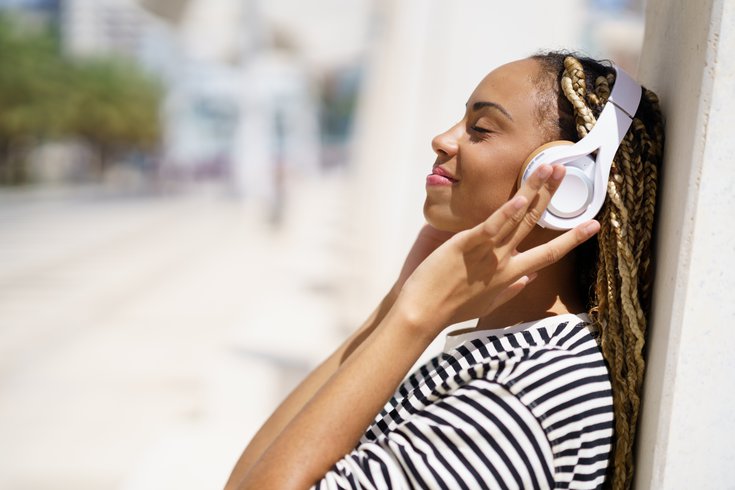 Studies have shown that music decreases pain levels by the release of endorphins and changes in the levels of catecholamine – a hormone that is released in response to emotional or physical pain.

There's a certain feeling when your favorite song comes on in the car or while out at a bar. It lifts your spirits and energizes you.

Music, of course, has an ability to tap into our emotions. Through music therapy, scientists have found ways to use this connection to reduce pain and anxiety, and as part of treatment plans for various medical medical conditions including cancer, neurological disorders and cardiovascular disease.

Studies have shown that music decreases chronic pain levels through the release of endorphins and changes in the levels of catecholamine – a hormone that is released in response to emotional or physical pain. Also, music can be a distraction from pain when it triggers memories.

Listening to music you enjoy increases activity in the brain's reward center, which boosts positive feelings and reduces feelings of pain, scientists explain. Musical tastes tend to be subjective, but research has shown that the more pleasing a listener finds music, the less pain they feel.

The feeling of pain is triggered by specialized pain receptors that are activated when the body suffers an injury. These receptors send a messages to the brain, which uses its different areas to interpret them. Some portions of the cortex are responsible for determining where the pain came from and to compare it to pain previously experienced. The limbic system – the brain's emotional center – determines how intense the pain feels.

A person's mood, past experiences and expectations can influence how pain is interpreted at any given moment. Consider the pain you might feel after stepping on a sharp object. If you stepped on it after a fight with your spouse, your response to the pain might be very different than if you had stepped on it after winning the lottery.

Some studies have found that music can interfere with pain signals before they reach the brain. An area of the spinal cord, called the dorsal horn, acts as middle management between the injury and the brain. It is capable of making reflexes to remove the person from the source of the pain. If you grab a hot object, the dorsal horn instructs your hand to let go before the pain signal reaches the brain.

These findings suggest that music can prevent the transmission of pain signals from the spinal cord to the brain, researchers say.

Scientists are still trying to understand the underlying mechanisms of music therapy. The most recent study found that musical features, such as tempo or energy, are not as important for pain relief as the perceived control over the music that is played during the therapy session.

The researchers asked 286 adults to listen to specially composed tracks of either high- or low-complexity. Some also were given the impression that they had some control over the musical qualities of the song, even though everyone heard the same track.

The researchers found no link between musical complexity and pain relief, but people who felt they had control over the music reported greater relief in the intensity of their pain. This was particularly true if they also engaged more actively with music in their everyday lives.

"Now we know that the act of choosing music is an important part of the wellbeing benefits that we see from music listening," the researchers wrote in the study. "It's likely that people listen more closely, or more carefully when they choose the music themselves."

This could help improve strategies for boosting engagement to improve pain relief, they said.

Additional research shows that the more actively engaged a person is in music, the less pain they feel. In one study, a group of non-musicians asked to listen for errors in a musical passage reported less pain when receiving small electric shocks than those who passively listened to the music.