The number of Americans with kidney stones continues to rise – do you know your risk? 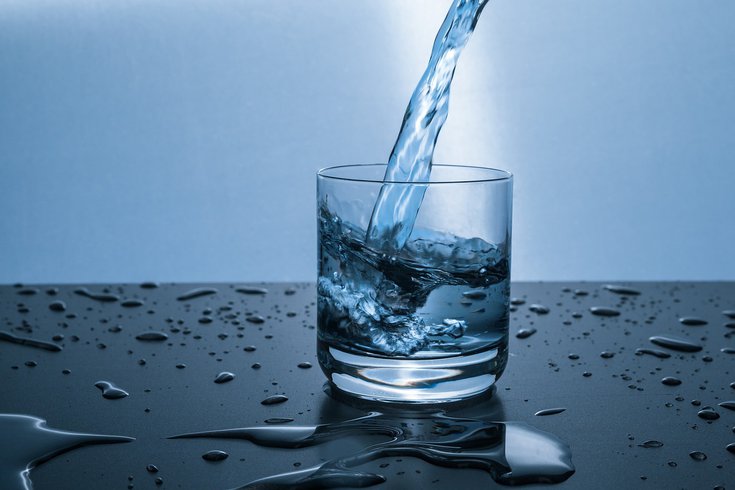 Dehydration is one of the biggest risk factors for kidney stones so make sure you are drinking enough water to keep your urine volume at adequate levels.

The lifetime risk of kidney stones in the U.S. is about 19% in men and 9% in women, according to the National Kidney Foundation.

Kidney stones are hard, jagged composites of minerals and salts that build up in urine. They often remain small, but when they grower larger they can cause pain and complications. Especially when they travel down into the ureter, which connects the kidney and the bladder – all part of the urinary tract.

If the stone get stuck there instead of passing out of the body, it can block urine flow from the kidney and cause pain, experts say.

The majority are calcium stones, either calcium oxalate or calcium phosphate. People with high levels of calcium in their urine are at higher risk for these types of stones.

Some stones are also made of uric acid crystals. When urine is too acidic, these types of stones are more likely to form. People with type 2 diabetes, obesity and chronic diarrhea are at higher risk for this type of stone. So are people who consume a diet high in animal protein.

The most common symptoms of kidney stones are a sharp pain in the back and side, which may move to the lower abdomen or groin. The pain can come on suddenly and wax and wane as the body tries to get rid of it.

Some people with kidney stones may also feel an intense need to urinate, or a burning feeling during urination. Sometimes the urine will turn dark or red because of an accumulation of red blood cells. Nausea and vomiting is also not uncommon.

You can wait up to six weeks for the stone to pass as long as there are no signs of infection and the pain is manageable. When a stone doesn't pass on its own in a few weeks or complications arise, medical treatment may be necessary.

Treatment varies depending on the type of stone, but usually involves medication to relax the ureter or surgery like shock wave lithotripsy to break up the stones so they will pass easier.

Can you reduce your risk?

While a family history of kidney stones and certain medical conditions does play a role in whether you may get them, there are lifestyle changes you can make to reduce your risk.

Dehydration is one of the biggest risk factors, so make sure you are drinking enough water to keep your urine volume at adequate levels. When it isn't, your urine will be concentrated and dark in color and unable to properly dissolve all the salts and minerals.

Decreasing your salt intake is also important. Too much salt in urine prevents calcium from being reabsorbed, causing the buildup of calcium stones. Oxalate is a compound found in some foods that in higher levels can also cause stones.

A diet high in animal protein, such as beef, fish, chicken and pork, can also raise the acid levels in the body and in the urine, making it easier for calcium oxalate and uric acid stones to form.

Certain medications and calcium and vitamin C supplements can also increase your risk for forming stones. Because calcium is important for bone health, doctors don't normally recommend reducing the amount of calcium in your diet.

Scientists say there is still much to learn about kidney stones, especially zinc's role in stone growth. Conflicting studies show that it either prohibits or stimulates the growth of calcium stones.

One study published in the Journal of Urology in 2017 found that in adolescents higher dietary zinc was associated with lower incidences of calcium stones.

A 2016 study by the University of California San Francisco Benoiff Children's Hospital, however, found just the opposite. Using a fruit fly model, they found that stones are high in zinc.

Now, a new study published in the American Chemical Society journal Crystal Growth & Design says zinc actually both promotes and reduces growth of the calcium oxalate crystals that make up most kidney stones.

Jeffrey Rimer, Abraham E. Dukler Professor of Chemical and Biomolecular Engineering at the University of Houston, calls it a double-edge sword.

"What we see with zinc is something we haven't seen before. It does slow down calcium oxalate crystal growth, and at the same time it changes the surface of the crystals, causing defects in the form of intergrowths. These abnormalities create centers for new crystals to nucleate and grow."

Rimer and his colleagues used both in vitro experiments and computational modeling to study zinc's effect on crystal growth. They then confirmed their findings using atomic force microscopy measurements.

"The techniques we're using in our lab to investigate these systems enable us to get a better picture and to deconstruct these complex systems as a means of identifying new ways to prevent kidney stone formation," Rimer said.

"These are enabling tools that allow us to understand at an almost molecular level how various species in urine can regulate crystal growth."

If you experience frequent kidney stones, talk to your doctor about ways to reduce their reoccurrence.