The research, which contradicts the findings of previous studies, suggests racial disparities stem from other factors 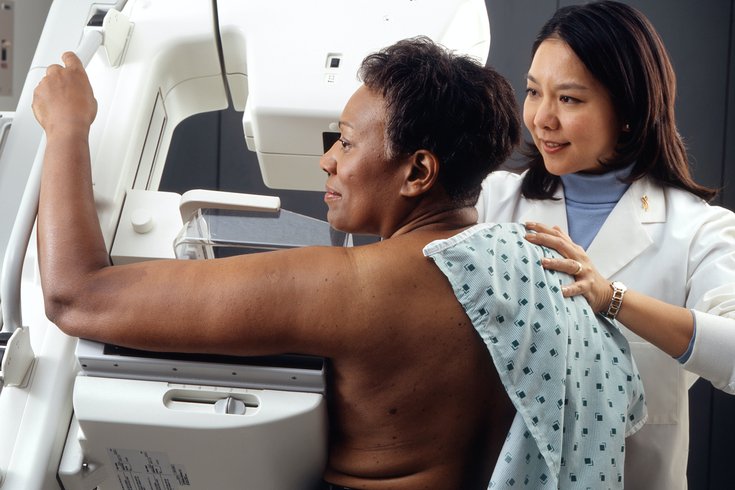 Women with genetic mutations associated with breast cancer can reduce their risk by getting regular screenings to catch cancer early, making a cure more likely. But without genetic testing, women won't know they have the gene.

The poorer breast cancer outcomes and higher death rates among Black women are most likely the result of racial disparities in access to health care — not genetics.

The Penn researchers found no significant difference in risk in a study of nearly 30,000 patients — 5.65% of Black women and 5.06% of white women had a genetic mutation that increased their risk of breast cancer.

Whether these disparities result from genetic differences — and how much race should factor into genetic testing strategies — has been unclear.

"We shouldn't make changes to testing guidelines based on race alone," Domchek said. "Rather, our efforts should focus on ensuring equal access to and uptake of testing to minimize disparities in care and outcomes."

Black women are much less likely to undergo genetic counseling and testing, mostly due to differences in physician recommendations or access to care, researchers said.

There are many possible reasons for racial disparities in genetic testing for breast cancer, Domchek told PhillyVoice in a previous interview.

First, many doctors are not recommending it. And even if they are, Black patients are less likely to get tested. The reasons for that are complicated, Domchek said, but social determinants of health certainly play a role.

The most common genes linked to breast cancer, if they mutate, are BRCA1, BRCA2 and PALB2. These genes typically support the normal production of breast cells and prevent any cancer cell growth. But when they mutate and are passed down from generation to generation, they no longer function properly and the risk of breast cancer increases.

Women with genetic mutations associated with breast cancer can reduce their risk by getting regular screenings to catch cancer early, making a cure more likely. They also can get a mastectomy or take preventive medicines, such as tamoxifen.

But without genetic testing, women won't know whether they have the gene, nor will their family members know to get tested. This can lead to late diagnosis after the cancer has already spread and is harder to treat.

"At a time when Black men and women are more likely to be diagnosed with cancer at later stages when it is less treatable, Black & BRCA seeks to empower people to understand their family health history and take action to prevent cancer from one generation to the next," Domchek said.

The researchers measured the prevalence of germline genetic pathogenic variants in 12 genes known to increase breast cancer risk. In addition to finding that race did not make a significant difference in risk, researchers found younger age and ER-negative breast cancer were risk factors in BRACA1, BRCA2, and PALB2 genes for both Black and white women.