After suffering a knee injury against Dallas in Week 2, the former Bill is optimistic he'll return Sunday night 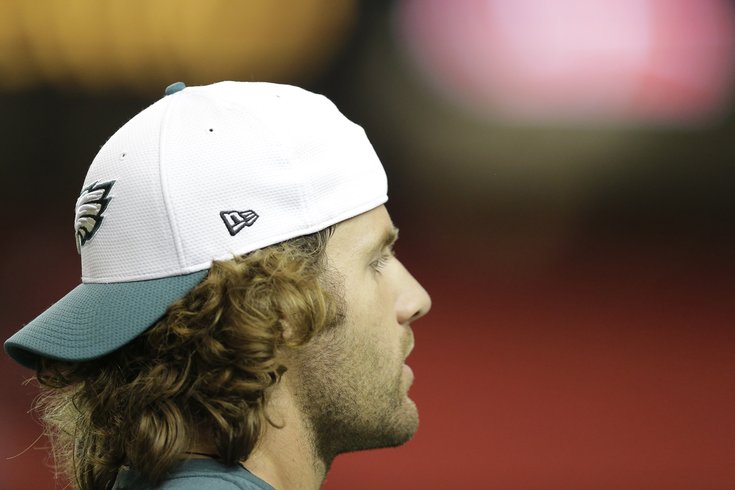 The Philadelphia Eagles bye week came a great time for the team, allowing several injured players to get a week to heal before taking on the Dallas Cowboys on Sunday night.

Following their time off, all but one -- left tackle Jason Peters -- returned to practice Tuesday, although their session only lasted about an hour. Prior to practice, Kelly addressed the media for the first time since the day after their Week 7 loss to the Carolina Panthers and said he hopes to have Peters back on the field by Wednesday or Thursday.

" He's made progress," the Eagles coach said of his Pro Bowl tackle, who left the Panthers game with a back injury. "He stayed here over the bye and got treatment and has made progress. So it looks like he's moving around -- we'll see. He may do some little things today, but he won't be in drills like the other guys. "

The other guys Kelly is referring to are, among others, linebackers Kiko Alonso (knee) and DeMeco Ryans (hamstring), as well as rookie wideout Nelson Agholor (ankle) and defensive end Brandon Bair (groin). All four of those players were inactive when the Eagles last took the field in Charlotte.

Alonso, sidelined since injuring his knee in the team's Week 2 loss to Dallas, said after practice that his knee feels great and that he plans on playing Sunday night.

Alonso, who said he may try to play without a brace, added that the team was targeting a Week 9 return all along, allowing for him to take one extra week of rest over the bye before jumping back into game action.

As for Kelly, he's not ready to say whether or not Alonso will be available against Dallas. He first wants to see how his knee responds to an increased workload this week.