The program chronicling the Black Mamba's life will debut Wednesday at 10 p.m. 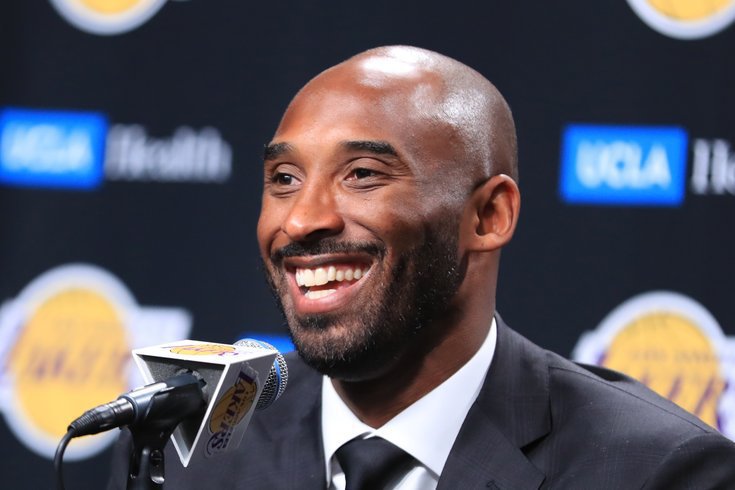 'Superstar: Kobe Bryant' will touch on topics such as the Black Mamba's Hall of Fame basketball career, his family life and his tragic death in a helicopter crash last year.

Kobe Bryant's life, including his time as a young basketball star at Lower Merion High School, will be the subject of the latest episode in ABC's "Superstar" series that will debut Wednesday at 10 p.m.

Profiling the Black Mamba's life both on and off the court, "Superstar: Kobe Bryant" will provide viewers with "an intimate portrait of one of the most important sports figures of recent times, much of it told in his own words."

The episode will cover topics like Bryant's rise to basketball stardom on the Main Line, his Hall of Fame NBA career, winning an Academy Award in 2018 for his short film "Dear Basketball" and his family life as a husband to Vanessa Bryant and a "girl dad" to his four daughters.

Along with Bryant's successes, the program also will explore "complications in his personal life," such as when he was accused of rape in 2003, as well as his tragic death in a helicopter crash in January 2020.

The show will feature interviews with Basketball Hall of Famer Tracy McGrady and WNBA star Diana Taurasi, as well as former NBA players Jalen Rose, Matt Barnes and Caron Butler. It also will include interviews with Bryant from ABC's archives.

The trailer for Wednesday night's episode is available online. The episode will be available to stream on Hulu starting Thursday.

Bryant was born in Philadelphia, but he grew up overseas as his father continued his own professional basketball career in Italy.

The Black Mamba remained connected to his alma mater after his high school career ended. Bryant was a benefactor to the school, and Lower Merion's gymnasium is named after him.

Bryant was taken as the No. 13 overall pick in the 1996 NBA Draft by the Charlotte Hornets and traded to the Los Angeles Lakers.

Bryant's No. 8 and No. 24 were retired by the Lakers, and he was inducted into the Naismith Memorial Basketball Hall of Fame in Springfield, Massachusetts this spring.

Bryant, his daughter Gianna and seven other people were killed in a helicopter crash in Calabasas, California, on Jan. 26, 2020. Kobe Bryant was 41 and Gianna Bryant was 13. The other victims in the crash were teammates on Gianna Bryant's basketball team, their parents and the helicopter pilot.