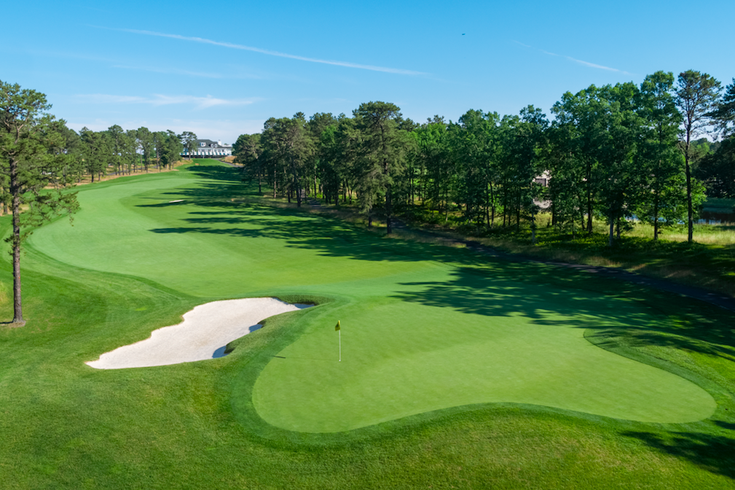 The Philly area is one of the biggest major markets without a regular PGA Tour Stop.

And while that sin against golf will not be rectified in 2023, the Korn Ferry Tour is doing its best to bring professional golf to the area. The Magnit Championship will take place August 17-20, next summer at Metedeconk National Golf Club in Jackson Township, New Jersey, the Korn Ferry Tour announced this week.

Metedeconk is a spectacular 27-hole track located right off the highway in Jackson, NJ and pretty close to Six Flags. It'll bring some much deserved recognition to the many pro-worthy courses located in south and central Jersey.

"We knew there was a tremendous opportunity here with Magnit, and to be able to bring golf back to New Jersey is incredibly exciting," Alex Baldwin, Korn Ferry Tour President said at the event's media day Tuesday. "Our partnership with Metedeconk National, thank you. This is a tremendous facility and will truly showcase the very, very best of the talent that we see week in and week out on our tour."

The Philly area has hosted some big time events in recent years, with the BMW Championship taking place at Wilmington County Club this past summer, a few weeks after the U.S. Senior Open was held at Saucon Valley Country Club. The ShopRite LPGA Classic is regular played at Seaview Golf Club near Atlantic City — but there is no other yearly presence of professional golf annually in the region.

While there may not be many household names in the field at the time of the tournament next August, the Korn Ferry Tour is a feeder program to the PGA Tour, and a bevy of the world's best golfers got their start there.

"One year ago it was 80 percent of PGA TOUR members came from the Korn Ferry TOUR, so we're seeing a continuous steady increase," Baldwin said. "The competitive caliber gets younger. We're seeing younger, more athletic talent that is coming up through our pathways. ... if you look at literally just this past weekend where 19 of the 24 participants of the International and United States Presidents Cup team came from the Korn Ferry TOUR, and you had recent graduates with Cam Young, native of Scarborough, New York, just up the road, Taylor Pendrith and Mito Pereira. Those three competitors were playing with us one year ago."

More details about the Magnit Championship will trickle out early next year.