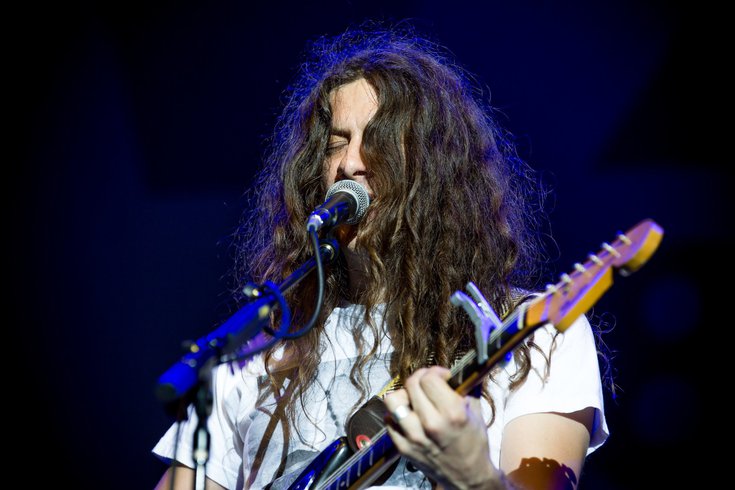 Kurt Vile has been performing covers of The Velvet Underground's "Run Run Run" since he was a teen growing up in the Philadelphia suburbs. In 2017, he got to play the song with Velvet Underground member John Cale in Brooklyn.

On Wednesday, Vile and his band, The Violators, released what he described as a "hypnotic" new take on the track for a star-studded cover album, "I'll Be Your Mirror: A Tribute to the Velvet Underground & Nico." Give the song a listen below:

"Lou Reed/the Velvet Underground were probably my earliest classic rock influence," Vile told Rolling Stone. "I loved it. The first time I heard them, I’m sure I was probably stoned. When you hear music like that, so organic and raw, but you know, so confident, all those things combined, [it’s] so cool. So unapologetic. It just has an effect on you that you can’t even necessarily detect at the moment."

Vile, who in April joined The Velvet Underground on Verve Records, said he and The Violators, recorded the cover a few years ago while touring and mixed the track during the COVID-19 pandemic. Check out the original version from Lou Reed and company below:

"There is a direct connection to certain indie bands and beyond w/ the Velvets," Vile said, according to Paste Magazine. "That’s why the Velvets are a classic. You know it can have doo-wop in there and things like that, but it can also have this jagged, noisy thing, and it immediately let me feel like I could do anything. The possibilities are endless. You’re completely free."

Vile and the Violators' take on "Run Run Run" will be the fifth track on the tribute album, which also includes covers by Iggy Pop, REM's Michael Stipe, St. Vincent, Matt Berninger of The National and more. Slated for a Sept. 24 release, the album was executive produced by the late Hal Willner, a longtime collaborator with Reed, who died of coronavirus complications in 2020.

"The VU are a fundamental part of Verve’s history, and their fearless approach and musical integrity continue to inspire all of us at the label," Verve Records head Jamie Krents said, according to Rolling Stone. "We were so lucky to partner with the late Hal Willner to pay tribute to the band’s iconic first album. It’s an absolute honor to have every one of these artists on a Verve recording and we hope this album finds a welcome place in the record collections of VU fans new and old."

The new cover from Vile will hopefully hold fans over while he works on his next album, which Verve said is coming in 2022.