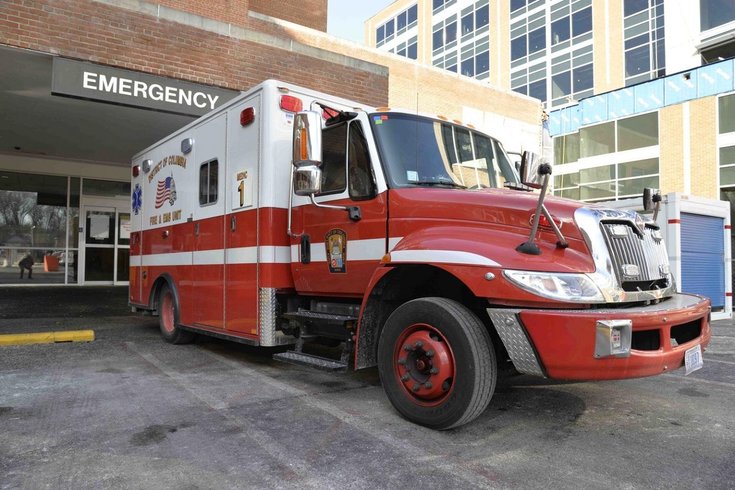 A photo depicting a child from a Lancaster public school being escorted out of the building by police has been circulating on social media in what a Facebook post called a "psychotic breakdown."

The child is depicted in the photo as being restrained and escorted by two police officers into an ambulance.

On the original post, a caption read: "UPDATE!!! Ten year old boy was having a 'psychotic breakdown' at school. The school calls police and they handcuff him and lead him away, while holding a Kleenex... in my hometown of Lancaster..."

The School District of Lancaster issued a statement on the incident, saying "many people are understandably upset by this photo," and that the child was not being arrested but "temporarily restrained by the police in order to protect the student from harming himself or others."

The boy was taken to a local hospital for treatment.

We understand someone has posted a photo on social media showing one of our students being escorted by police to an ambulance in handcuffs.  Many people are understandably upset by this photo. After consultation with the family, we are providing context so that everyone understands what transpired.

The child was not being arrested but rather temporarily restrained by the police in order to protect the student from harming himself or others on the way to the hospital for treatment. Police determined restraining the child in this manner was the best course of action for the child’s safety under the circumstances. Although this was a last resort, they used their best judgment to manage this medical situation and protect the child and staff.

The school district will continue to collaborate with the police department with respect to medical emergencies for our students. We appreciate the coordinated effort between the Lancaster City Police Department, school building officials and the child’s family to ensure the actions taken were in the best interest of the student’s safety and well-being.