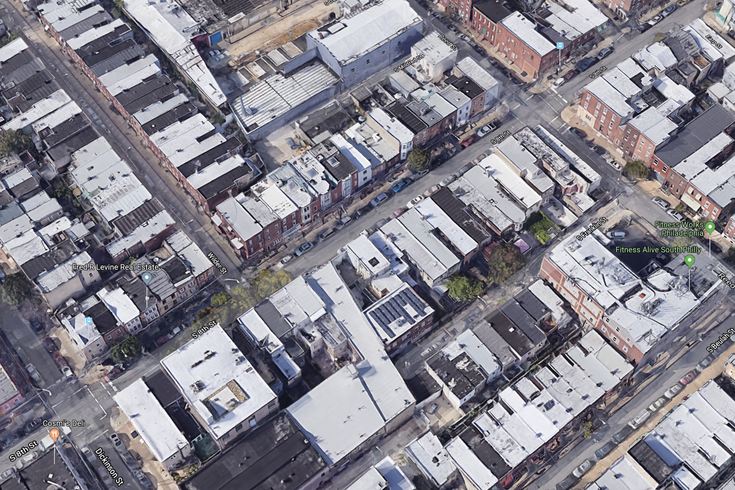 A leaky gas pipe likely caused the explosion on Dec. 19, 2019, that destroyed three rowhomes and killed two people near Eighth and Reed streets in South Philly, officials say. The image above shows the 1400 block of South Eighth Street before the blast. Eighth Street is shown running diagonally from the lower left corner of the photo to the upper right corner.

The explosion, which occurred Dec. 19 near Eighth and Reed streets, led to the collapse of three rowhomes and caused severe structural damage to two others.

The leaky pipe was located on the 1400 block of South Eighth Street. While the pipe is believed to have been the approximate cause of the explosion, Thiel said officials are still determining the "root cause" of the incident, according to CBS Philly.

The Water Department repaired six leaks on the water main line, among other repairs,  according to Fox29. Water service was fully restored to the remaining properties on the block on Jan. 9, but officials are working to locate the source of a new water main break.

The Philadelphia Gas Works has installed a temporary gas main, but plans to install a permanent gas main this summer, officials said.

After the initial explosion, officials urged residents to refrain from returning to their homes, citing the possibility of danger. They took shelter at a local high school until officials contained the fire and gas leak. Inhaling gas, even for a few minutes, can be deadly.