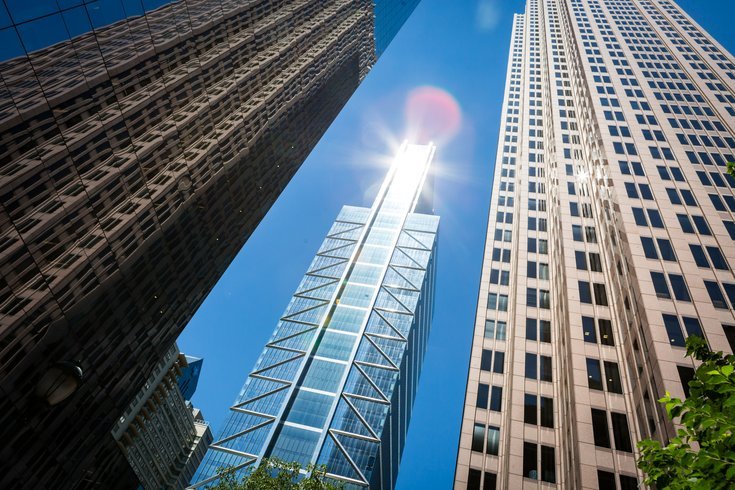 Liberty Property Trust, which developed the Comcast Technology & Innovation Center, will be acquired by Prologis in a $12.6 billion deal.

Liberty Property Trust, the developer behind Philadelphia's two tallest skyscrapers, has been acquired by San Francisco-based Prologis Inc. in a $12.6 billion deal.

Based in Wayne, Liberty Property Trust was a key force in the redevelopment of the Philadelphia Navy Yard, the construction of the Comcast Center and the Comcast Technology & Innovation Center, and several new developments along the Delaware River in Camden, among other large projects.

Prologis will acquire Liberty Property Trust in an all-stock transaction, plus the assumption of debt, according to the Philadelphia Business Journal.

Willard D. Rouse III launched Liberty Property Trust in the 1970's with the construction of industrial properties in South Jersey. The company was taken over by CEO William Hankowsky after Rouse died in 2003.

Liberty reportedly had been pursuing this outcome for years as it transitioned toward owning and developing warehouse distribution centers across the United States.