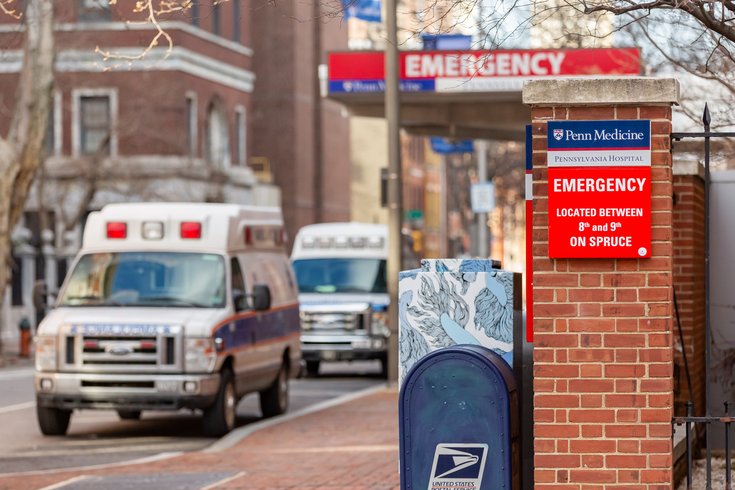 Ambulances parked outside the Emergency Department of Pennsylvania Hospital.

A new report released Thursday by Philadelphia health officials shines a direct spotlight on the challenges faced by the city's black men and boys.

The inaugural report, dubbed "Brotherly Love: Health of Black Men and Boys in Philadelphia," revealed a mixture of positive and negative health findings.

Homicide is the leading cause of death for young black men between the ages of 15 and 34, according to the report. Nearly 75 percent of all gun violence victims and known perpetrators are young black men.

The challenges are not necessarily unique to black men and boys in Philadelphia. Other U.S. cities have seen similar outcomes – a disparity that health officials say reveals the need for targeted efforts addressing the underlying causes.

"The Brotherly Love report shows that, while Philadelphia has many initiatives to promote health, African-American men are still not as healthy as other demographic groups and not as healthy as they could be," Health Commissioner Dr. Thomas Farley said in a statement. "We look forward to working with other city agencies and external partners to develop a more focused approach to solving that problem.”

The report also revealed some positive outcomes, too.

Health insurance coverage among black residents is at its highest point – with 90 percent of black adults being covered. More than 96 percent of black children are covered. Health officials attributed these marks to the implementation of the Affordable Care Act and Medicaid expansion.

Unemployment and poverty rates have declined while graduation rates in high schools, colleges and graduate schools have increased. Additionally, black male youth have the lowest obesity rates of any racial or ethnic demographic groups.

The report can be viewed here.